LCF Continues to Move Forward, and the "L Series" is Sought After in Kunming!

On July 24th, Hundreds of stage art elites from across the country, including Lianchengfa, gathered in Kunming to open an out-and-out visual and auditory exchange event. In recent years, the state has been vigorously supporting the cultural development of cities and towns in second and third tier cities. The construction of small and medium-sized projects such as cultural performances and cultural venues in cities and towns can tell that the enthusiasm is very high. The development of urban areas in the future must be a new market that can be explored. As a part of cultural construction, stage performance has a very good development prospect. However, as the supporting force behind the stage, the choreography leasing industry is slightly inferior. Its traditional model has caused headaches for leasers. On the one hand, the industry is really hard, and on the other hand, its income is directly proportional to the difficulty of paying. So today, Liancheng vowed to overthrow the traditional leasing model, lead everyone to a new model, and make money easier!

At present, the most troublesome problem for the stage beauty leasers is the three major problems of capital investment, service model and cost recovery. At this meeting, Lianchengfa brought solutions to these pain points. At the meeting, Lianshunda (Lianshunda) Mr. Xie Jin, general manager of Chengfa Subsidiary, gave a detailed explanation of the new ecological model proposed by Lianchengfa Group. The new ecological model will make new reforms in terms of products, channels, services, etc., which made the audience feel refreshed , Seeing the new hope for the development of the industry, and the "Dragon Series" products performed by Mr. Xie Jin at the scene added a strong touch to this conference! 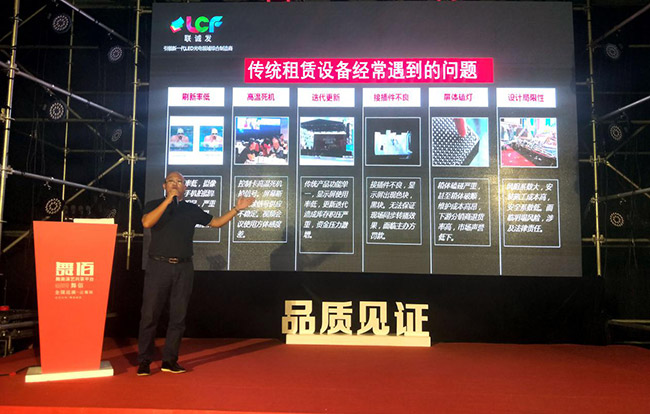 In the free communication link after the speech sharing, everyone was driven by the desire to understand the new model of stage art leasing, and crowded around the booth of Lianchengfa. In front of the booth, everyone not only learned about Lianchengfa’s new stage rental model in more detail, but also observed the amazing effects of the “Dragon Series” LED display products “Dragon Art” and “Dragon Teng”. Both products have their own characteristics. , It combines lightness, beauty and effect, but its small figure can easily resist wind and rain, which is commendable. After seeing the strength of Lianchengfa, everyone said that Lianchengfa's new model and new products will bring a grand reform to the stage and leasing industry, and its prospects are waiting! 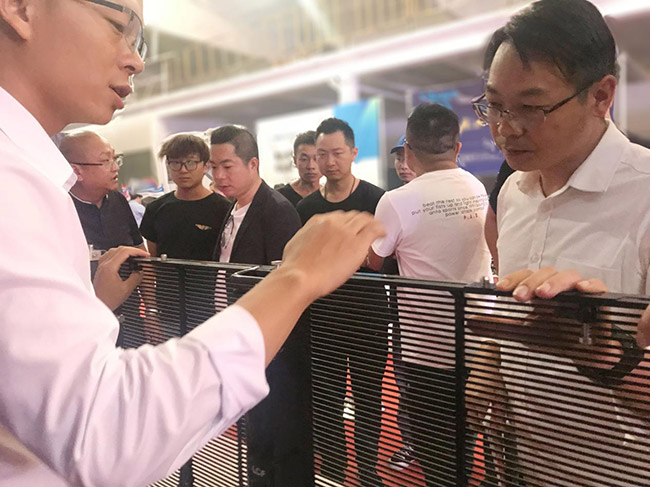 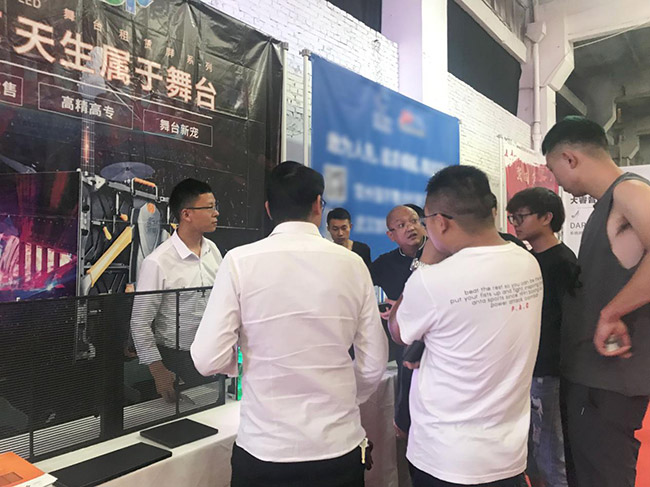 When the development of the industry encounters bottlenecks, only reform and renovation will have a way out. Driven by the general environment, Lianchengfa has always maintained the entrepreneurial spirit of striving, constantly developing new fields and looking for new outlets. In this national tour, Lianchengfa also set out with the wish of mutual help and win-win and promote the development of the stage art leasing industry, and promoted the new ecological model of stage art leasing to the whole country, sharing a win-win situation with everyone!

So far, the sixth stop of the tour has been successfully concluded. At the next stop, Lianchengfa will wait for you in Nanning, embrace the trend and lead you to win!

Lianchengfa   led display for rental   dragon series
Upper: The "Dragon Series" is getting more and more courageous, and the "new mode" is shared with you!
Return
Next: Summarize the present and win the future! Lianchengfa's 2019 mid-year summary meeting was successfully held