The energy of music has exploded in 20 years,
The first shock of the concert is coming!
In the next three days,
Mercedes-Benz Arena,
All will be a sea of pink.

Last night’s concert kicked off with a joyous carnival atmosphere. The audience has nearly 2,000 square meters of transparent screens, all manufactured and installed by Shenzhen Lianchengfa Technology Co., Ltd. (stock code: 837293). The "Space-Time Energy Ball" P10 spherical screen and the latest research and development product "Dragon Series-Dragon Jubilee" transparent screen attacked. The live visual effects presented richer changes. Compared with last year’s performance, the new performance stage has undergone brand-new upgrades in terms of music, stage, costumes, lighting, modeling, dance, etc., ensuring that every audience present Can feel the shock from the stage effects and the happiness of music! The entire performance scene is like a dream scene coming to reality. What we are looking for and expecting will be shown here! 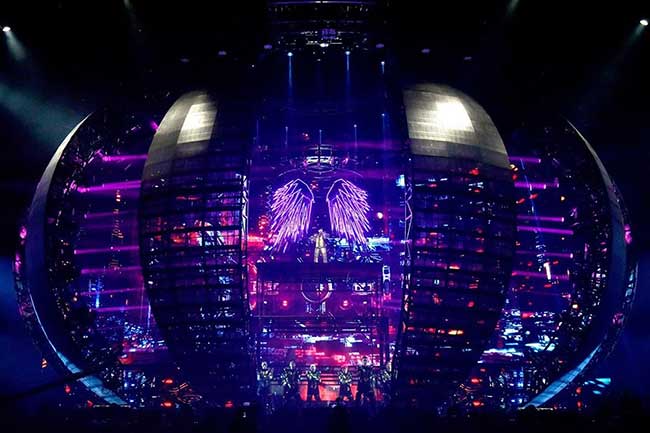 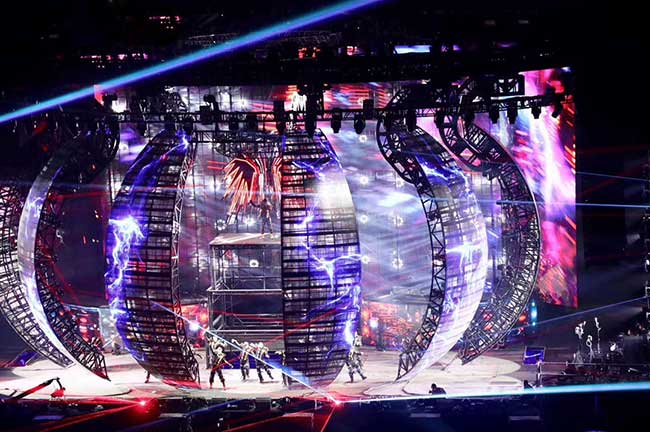 When the giant sphere opened, Jay Chou, who was dyed red hair, slowly appeared. The neon wings behind him also spread out. Accompanied by classic songs such as "Half Orcs" and "Compendium of Materia Medica", the opening ceremony Create a visual and auditory shock, so that all the 11,000 fans on the scene are excited; the total number of performers on the stage is as high as 40, plus the stage vision and hardware installation, animation production, boutique props and costumes, make the whole concert Jay Chou's concert cost record was set again. 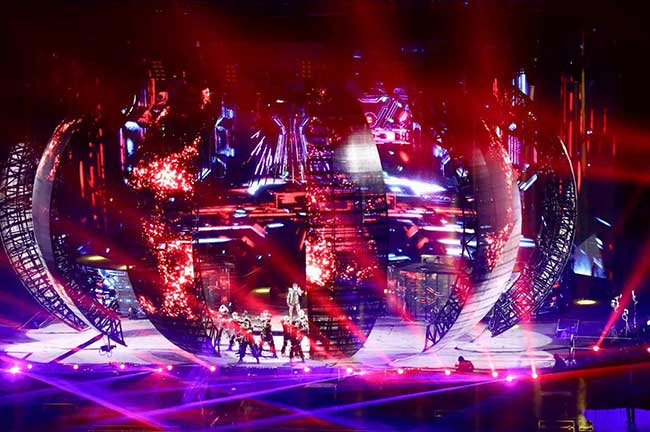 The organizers of this carnival concert have spent huge sums of money to build a giant 12-meter-high, 10-meter-wide "trans-temporal energy ball"-Lianchengfa P10 spherical screen. This concert is also the world's first largest sphere composed of the most transparent screens. This energy ball symbolizes the endless source of energy that Jay Chou has accumulated in the music in the past 20 years. It also bears witness to the strategy of Lianchengfa’s 15 years of never fantasizing, not in the air, everything is in Lianchengfa’s founder, Ms. Long Pingfang. Under the leadership, it has grown step by step and has become the first in the industry for cultural performance leasing. At the same time, it has opened its own new era of intelligent manufacturing. 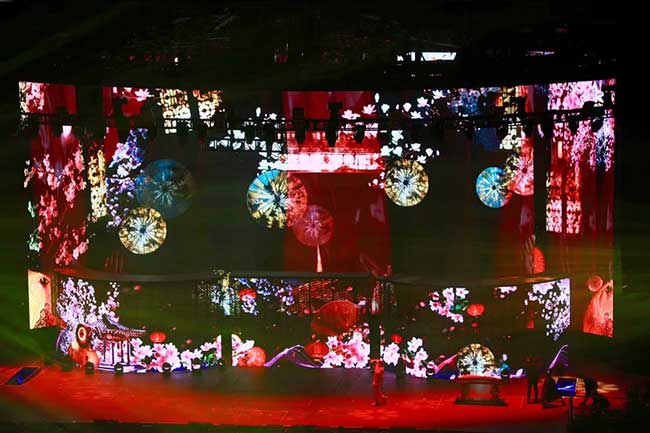 As a partner of this concert, the organizer specially invited the shareholder Ms. Long Pingfang, the founder of Shenzhen Lianchengfa, to experience this exciting concert live. Ms. Long Pingfang said that although the animation effects played on the big screen on the scene were very complicated and rich, the stage props were made very meticulously, as small as the carousel pattern and the rose petals on the throne, all were carved very finely; as large as the outsourcing style of the piano. , But it is fully reflected on the display screens made by Lianchengfa, perfectly showing the Baroque style that it should be. Together with the singing of different songs, they create a more colorful atmosphere for the stage performance. The stage design of Lianchengfa this time has formed a good extension for the performance of music singing. 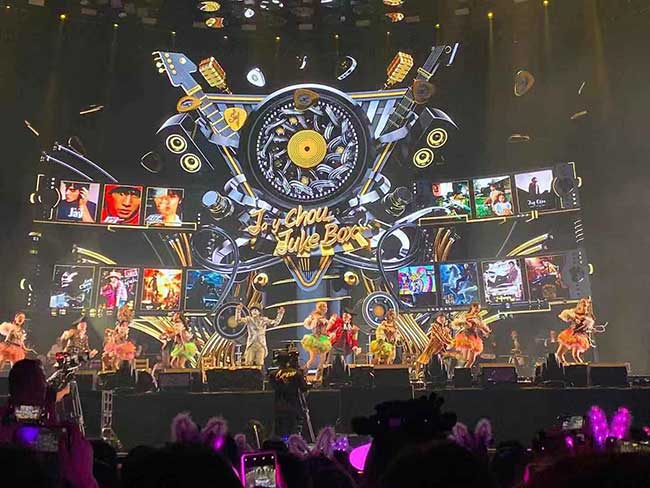 Jay Chou also told his fans through the VCR his heartfelt words: "Thank you for your persistence over the past 20 years. Maybe some people joined halfway through, or friends who just started listening to my music. I will continue to prove. You did not follow the wrong person, continue to fly on the wings of my music for the next 20 years!" 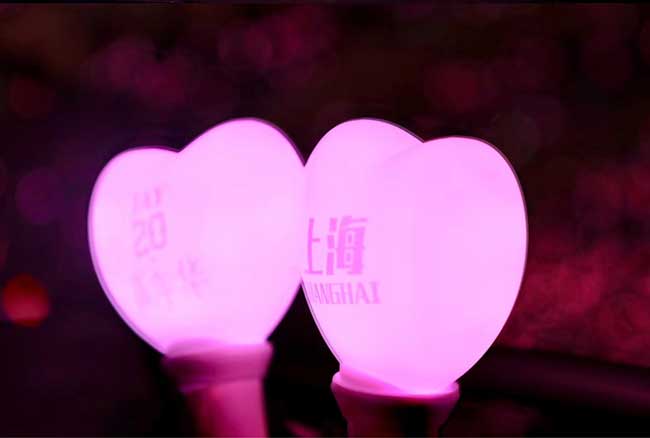 This time the Jay Chou Carnival (brand new) world tour will prepare the "heart-shaped" glow sticks for the fans, fans, and sisters. It is also from Lianchengfa's exclusive private model design. It is part of Lianchengfa's "deduction of new ecology" strategy. An important part of the hardware structure design and digital creativity together form a closed loop of the new ecology. Lianchengfa, as a world-class integrated service provider of sound and light, will set off an industrial revolution, and everyone will wait and see. 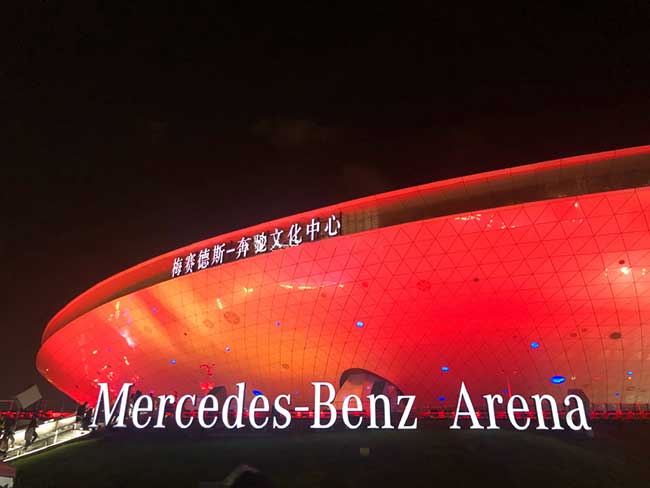 Lianchengfa has been busy for this global tour for 2 consecutive months, and I am also very grateful to the partners and family members of Lianchengfa who accompany us all the way and struggle day and night. You have worked hard! With the joint efforts of everyone, this concert was highly recognized by the organizer and the audience. Getting everyone's affirmation is what Lianchengfa has always been doing. Lianchengfa will go forward bravely and make every concert a super audio-visual feast. At the same time, we will develop more new products, break through more new fields, provide you with more powerful technical support and create a more perfect display effect!