The growth process of a person is actually a process of hard work after positioning, a process of constantly improving oneself. Whatever you position yourself, you may really become that kind of person. 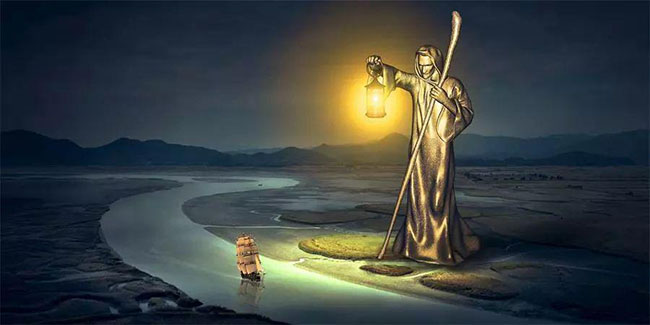 After leaving their hometown, they walked many places. One day, they came to a village and ran into a girl in the village. Amian felt that that girl was the right person he was looking for. Maybe it was love at first sight, so He decided to stay. So he said to his brother Ah Quan, "That girl is the one I want to find, and I want to stay here." Seeing that there is nothing outstanding about the girl and her appearance, Ah Quan said to his brother, "Since If you like it, just stay. I will find someone I like."

So after seeing off his younger brother, Amian asked the locals that the girl was named Axiu, and she was waiting in her boudoir. Amian also inquired about the local people’s marriage proposal. Someone told him that there is an unwritten rule in this village that when a man wants to marry a woman, he must use cows as a betrothal gift, because the main labor force here is cows, and one is very poor. Yes, they are the kind of ugly girls who never want to see anyone and don’t want to marry. The sijing is a very good kind of beautiful and virtuous girl. At most, nine cows are used. Such girls are very good like fairies. They are rare. No one has given nine cows here at all for so many years.

Amian tried his best to buy nine cows, and drove the herd mightily to propose marriage.

When Amian "bang, bang, bang..." knocked on the door of Axiu's house, Axiu's father came out, holding on to the door frame and asked in surprise, "Young man, what's the matter with you"? Amian said: "Old man, I am attracted to your daughter. I came to propose with a cow?" The old man said, "You don't need to chase so many cows. My daughter is just an ordinary person. Only three or four cows will do. It’s wrong for you to send so many cows. If I accept them, the neighbors will laugh.” Amian said, “No, old man, I think your daughter is the most beautiful and most beautiful in the world. Good girl, I think she is worth nine cows. Please accept it.” The old man couldn't refuse, so he had to accept nine cows.

After getting married, Amian always regarded Axiu as the most beautiful and cutest woman. Three years later, the younger brother Ah Quan was rushing around outside to find his perfect girl, so he came to the village to look for his brother again to see how his brother and sister-in-law were living? Approaching the village, Ah Quan saw a beautiful girl washing clothes by the lake. Her long hair fell like satin, her face was as delicate as a rose, and her figure was so graceful and beautiful. Ah Quan looked at him at once, isn't this the girl he wants to find day and night? Why didn't you find it before? When he was about to talk to the girl, a little boy came from the side road and hugged the girl's legs and called his mother. A Quanna felt very sad all of a sudden, but he still asked her where A Mian's home was.

After listening, the beautiful girl lowered her head and smiled and said in a silver bell-like voice: Come with me!

After seeing the brother, the two of them were very happy and chatted endlessly. Finally, Ah Quan asked his brother, "Why didn't I see my sister-in-law?" My brother Amian said, "Didn't you have met you? Just now. It’s your sister-in-law who is back?" Ah Quan said in disbelief, "How is it possible? I saw him at the beginning, she is a very ordinary girl! How come a few years have passed since she became so beautiful?" Brother A Mian smiled. He smiled and said, "I don't know, go ask your sister-in-law!"

The girl said: "Before I met Amian, everyone, including my parents and myself, thought that I was a very ordinary girl, worth three cows at most. But Amian thought I was I was worth nine cows and married me with nine cows. So I believed that I was worth nine cows, and always demanded myself by the standard of nine cows, in order to repay your brother’s kindness to me. It’s been slow for three years. Slowly becomes what you see."

Affirmation and praise can stimulate people's endless potential. The key to whether you can meet a person with nine cows is whether you are willing to look at the people around you with the eyes of the person who has discovered them.

At 4:30 pm on April 4, 2018, Mr. Huang Yongqiang, Deputy Director of International Business, held the "Discover Yourself, Break Through Yourself" theme sharing session on the seventh floor of the company on time. The above story is the opening story of the sharing session. . This is a non-mandatory participation sharing session. Unlike many conferences, as the story opens, and with the sharing of life, more and more colleagues are attracted. The following is part of the conference. , Choose to encourage with everyone. 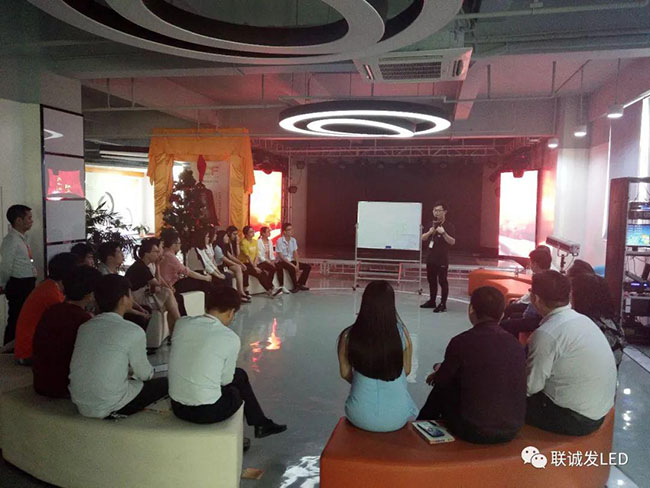 A person’s energetic time in his life is limited. Everyone has only 24 hours a day. How to use the time reasonably within the limited time to reach the height of life you want, you must recognize yourself in your youth and choose the most appropriate one. Then make a decision happily, make good choices, discard the unimportant things, and go all out until you succeed.

What kind of life a person has, a big reason is self-made.

Intermittent smugness, continuous mixed eating and death; feeling anxious about the current situation, but unable to act to change themselves, this is the state of many people now: hesitating, looking forward and backward, and finally doing nothing.

In fact, many people are not confused and know what they are going to do, but they lack the ability to execute. Many people ridicule themselves, knowing a lot of truth, but still have a bad life. The final reason is laziness and lack of self-discipline. Only when thinking and doing are connected, and only when belief and action are synchronized, can you see the desired result. 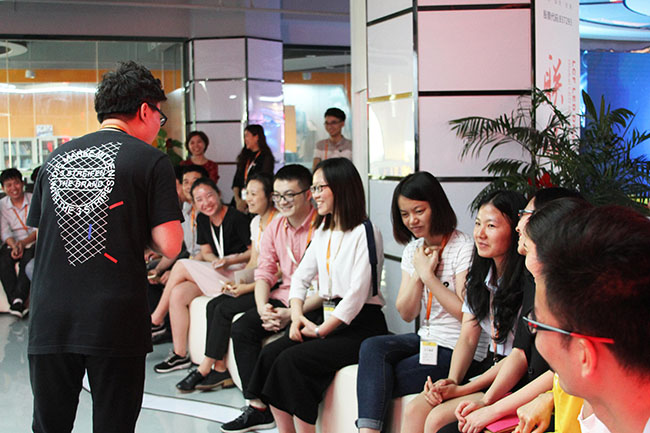 What will happen to you tomorrow depends on what you are today and how you spend it.

"We spend most of our time at work, so some people say that if you love your job very much, then your life is heaven, and if you hate work very much, your life is hell." Although work is not the whole of life, But who can really separate work and life?

In our work, we often hear "I did not do this thing, it is not my responsibility", "This error is inevitable", "I did this thing, but...". To shirk responsibility, to fall into trouble, to complain about injustice, only to talk about other people’s faults, to chew the tongue behind the back...the way of "fighting in the nest" always emerges in an endless stream, but in front of our family, if we make a mistake, will we not admit it? If the family has difficulties , Will it "lest there be no chaos in the world"? Will it not lend a hand?

I believe that people’s hearts are all for good. Lianchengfa has many old employees who have been working here for seven or eight years or even ten years. Why do they have been able to work here for so long and have such affection for this place? The meaning of "home" is different together. Therefore, whether it is for family members or colleagues, if everyone can understand and tolerate more, be grateful and responsible, affirm and praise, learn to listen, learn to empathize, and treat each other with sincerity, there will be repercussions. 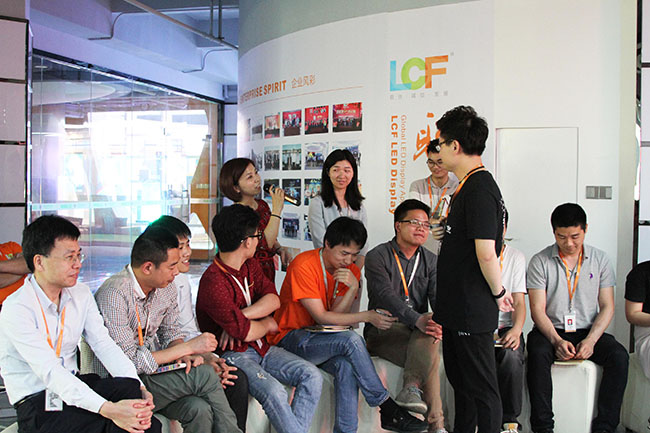 Everyone's starting point is indeed different. Some people are born with something that you will never be able to achieve in your life. But this world is more ordinary people, and most people are still at the same starting line. They have no power, no background, and no backing. Everything depends on themselves. Even if there are some gaps, they are not so desperate.

If life is a tree, then time is the backbone, and what we do in a certain period of time is the branches. Some of us spend more time, then the branches are thicker; some of the purpose is very clear and the execution is very efficient, then it It’s just straight and straight; some are abandoned, and then they die; some are not in the right direction, which makes it impossible to get ahead; some are forced or slack, and the progress is stumbled and crooked..., one thing, treat it differently, There are many different results. 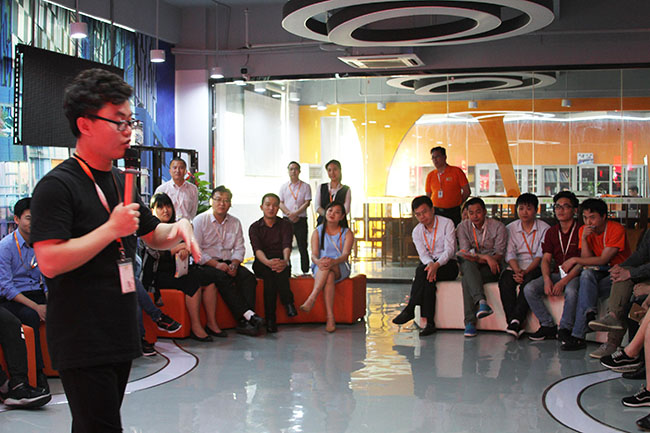 Turn over the past, live in the present, and look forward to the future

As long as the faith is still there, the fire will always persist. "I can't", how can I know if I haven't tried it? "I think it's good just like this." I don't know that the more stable the environment, the more vigilant it is. Time does not wait for you to awaken. When you realize the existence of these problems and understand the reasons behind the root causes, taking action is the prerequisite for change. Otherwise, the truth is still just the truth, and the gap is still there. 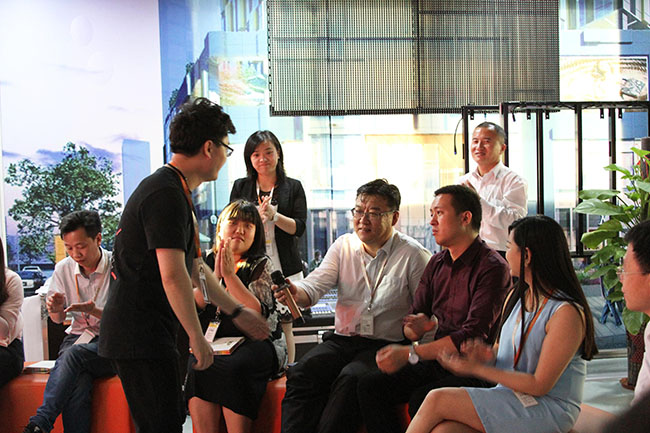 Long-term success is inseparable from down-to-earth and ten years of persistence. In fact, everyone is a piece of gold, but the angle of light exposure and the amount of polished surface determine the degree of light reflection. If you consider yourself to be excellent, and do it according to excellent standards, then you will be excellent.

Lianchengfa   led display
Upper: Consolidate the wisdom of the people, promote the progress, listen to the secretaries of the board of directors, do the multiplication for the develop
Return
Next: The second station of Lianchengfa Channel Alliance (East China Station)-"Qiantang Tide"