What Kinds of LED Displays are Installed in Hotels?

Hotels are full every day during wedding season

So, what kinds of LED displays are installed in hotels?

As the name suggests, an LED screen is installed in the middle of the stage. The two sides of the stage can be decorated with KT boards, spray painting or drapery. This kind of LED screen is commonly found in hotels. Before booking a hotel, you can let them light up the LED screen to check the picture quality. However, most of the hotel models are in P4, P5 or even P6, and the picture quality is relatively backward. In terms of meetings, this screen is also used for small meetings.

The main LED screen is placed in the center, and the auxiliary screens on both sides form a stage background with an overall design. The visual enjoyment is great when playing videos, and the LED screen has the effect of atmospheric integration. After the wedding starts, the main screen is used to live broadcast the wedding, and the auxiliary screens on both sides can play photos, videos or gorgeous videos to create effects.

This type of screen is usually chosen for the annual meetings of major companies.

This is a local tyrant's LED screen. The background of the entire stage is a huge LED screen. All logos, images and pictures are displayed through this super large LED screen. Guests can see the LED screen in 360° without dead ends.

The background of the stage is still a whole, the middle is set to open and close, and the LED screens are set on both sides. It is convenient for viewers on both sides to watch.

Many conferences also choose such screens in order to take care of the audience on both sides.

The use of large led screens in meetings is to broadcast PPT. What about weddings?

Rent an LED screen at a high cost just to display wedding photos? 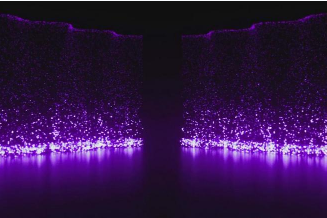 01. Pick up kisses and cut quickly during the day

Playing the wedding quick cut is the best atmosphere modifier. The videographer will edit the most interesting and lively parts of the preparation process of the couple during the day and pick up the marriage into a short video of about 5 minutes. Not all the guests who come to the wedding have seen the groom pick up the bride during the day. The lively scene of , now look back at the lively scene of picking up the relatives.

Wedding micro-film shooting has gradually become an indispensable link, using micro-films to record the emotional journey of the new couple and their beautiful expectations for married life. The script is determined according to the newcomer's love story, and the newcomer has to narrate and act as the starring role, and just enjoy the feeling of making a movie. Before the official start of the wedding, it will be used as the opening film to display, and the large-screen led display can make you feel the love of the newlyweds!

The best man and the bridesmaids can record the blessings of the newcomer’s relatives and friends or guests who cannot come from afar. After the newcomer has completed a series of procedures, play the video and look at the familiar faces on the big screen. The warm blessings are also good wishes. Touching picture.

Sometimes it’s really embarrassing to say goodbye to face-to-face greetings. In fact, there is a thing called WeChat Wall in our wedding anniversary. You can enter a group by scanning the QR code of the same WeChat Wall, and you can project the content of everyone’s WeChat group to On the large led screen, it is commonly known as "barrage to send blessings"!

According to the wedding theme, the dynamic wedding material for fantasy broadcast is selected and the ocean-themed wedding can be decorated with aquatic plants and jellyfish under the sea.

led display   led screen   hotel display   indoor screen   transparent screen
Upper: How Should the LED Display Be Maintained?
Return
Next: Smart light poles light up the 100 billion market, operators are busy with the layout of the industry