What are The Advantages of LED Advertising Large Screen?

LED display advertising has now become a trend, and such promotion can achieve unexpected results compared to other advertisements. 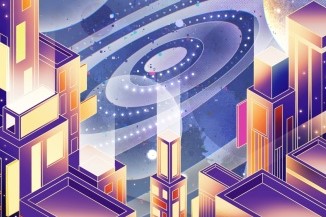 In terms of advertising forms: traditional advertising forms can only be expressed in pictures and texts, and lack creativity, which is easy to forget; while LED displays usually set up public places and traffic arteries with a lot of traffic, attracting people with intuitive, vivid and vivid advertising forms. The active attention of viewers has a wider range and is more compulsory than traditional media.

In terms of publishing information: every time a traditional advertisement publishes information, the entire advertisement has to be redesigned and replaced, and labor costs are required, which is time-consuming and labor-intensive; while LED display manufacturers only need to connect with the computer through data cable connection or wireless communication. Connection, as long as the simple settings in the computer, it can be used to publish advertising content, which is convenient and fast.

Long release period: Outdoor LED display advertisements are broadcast around the clock, and the audience has a long time, which can better guide potential customers and enable businesses to achieve better publicity effects with less cost.