Recently, at the current European International Film Expo (CineEurope 2022), Times China Film announced that the "HeyLED Innovation Experience Center" co-founded by the British AAM was officially established in Los Angeles, marking that the HeyLED film screen will be introduced to Hollywood in a more comprehensive way. Film producers, theaters, media, etc. will display, and promote Chinese LED movie screen technology to the world. In the past two years, the international monopoly of LED movie screens has been gradually broken by domestic brands. Key screen companies have successively passed DCI certification, and some screen companies are also adding LED movie screen technology to promote the localization process of LED movie screens. It can be said that The independent research and development technology of domestic screen companies has reached international standards, and can further expand the scope of the application market, making the display focus on China again. In the LED display industry, the term LED movie screen is not unfamiliar, but it is a new term and new thing for the general public who watch movies. How to make the public adapt to LED movie screens and how to make cinemas willing to introduce LED movie screens are issues that need to be considered ahead in the industry.

What is the geometry of LED movie screen?

For the understanding of LED movie screen, we do not first understand the latest policy. In November 2021, the State Film Administration mentioned in the "14th Five-Year Plan for the Development of Chinese Films" that it is necessary to focus on researching technologies and equipment such as cinema LED screens with independent intellectual property rights, to seize the commanding heights of technology and break the monopoly of foreign technology; Make full use of traditional filming, virtual filming and other diversified filmmaking technical means to promote the establishment of a filmmaking technology system. The release of this plan will further promote the development of advanced technologies such as cinema LED playback systems and virtual shooting in China, and realize the popularization of LED movie screens and the localization of image processing systems, which is of great significance to the Chinese movie screen market. The government has introduced policies to focus on supporting the development of LED movie screens, and its importance is self-evident. 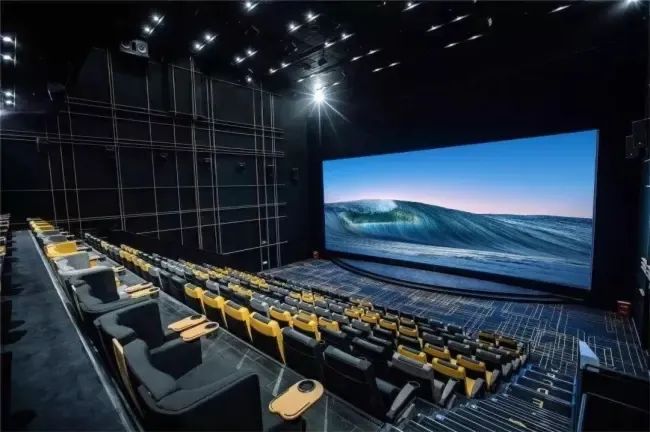 The birth of the LED movie screen is closely related to the film shooting technology. The film shooting and production technology will encounter the problem of insufficient brightness in the continuous evolution, which will not only cause the poor display effect of the screen, but also cause dizziness and other discomfort symptoms when watching for a long time. . For small-pitch LED screens, brightness is precisely its inherent advantage. The higher brightness also means that there are no comfort issues even when viewing for extended periods of time. Moreover, because the brightness of the LED screen can be adjusted independently, it is clearly visible whether it is used in a traditional dark environment or an environment with bright light. Some experts mentioned that Mini/Micro LED is better in the projection of 3D films, which can bring a more realistic visual experience. With the blessing of many technical advantages, screen companies have also smelled the "blue ocean" opportunity of LED display in the film market. Xingxing was the first to launch the world's first LED movie screen, and it soon entered the theater for commercial use. With the same superior display technology, domestic screen companies entered the film market with one foot, while the other foot was stymied by the DCI certification, and finally passed this certification through unremitting independent innovation and research and development. , to achieve two feet into the film market, into Hollywood.

At the beginning of this year, the first domestic HeyLED movie display system was successfully lit up in Hall 6 of UME Cinemas (Beijing Huaxing Store), which surprised the audience to see the shocking naked-eye 3D images. The innovation and upgrade of the traditional projection mode of HeyLED digital movie screen is highly compatible with the demand for high-quality immersive movie viewing.

Audiences, theaters, are you ready for the LED movie screen?

From the development trend, it can be foreseen that with the development of the country's third-generation semiconductors, LED display companies continue to increase investment in research and development, which will definitely accelerate the price decline of LED displays. The new business format infrastructure, and the future LED movie screen market will present a big competition situation of strong separation. Despite the various advantages of LED movie screens, it still takes time and capital investment for cinemas to gradually complete the transformation and upgrading of LED equipment. In addition to the consideration of equipment upgrades, there is also a question of whether the audience will buy it?

You know, since the epidemic, the global theater market has been hit hard. Although the foreign epidemic prevention and control policies have been relaxed after the vaccination rate has increased, it is difficult for the cinema market to return to the state before the epidemic. On the one hand, due to the repeated epidemics and the government’s insistence on the dynamic clearing policy, offline gathering places have to be controlled. Movies to be released have to be withdrawn again and again. Many theaters are already unable to make ends meet and are facing closure. Equipment is not a smart move; on the other hand, the level of film production also has a big impact on the theater box office. Against the backdrop of a weak global economy, the high cost of many large-scale movies, coupled with the impact of the epidemic, made it difficult to support their production. In addition, the quality of some low-level films released is uneven, and audiences are unwilling to pay for them, and even more unwilling to pay for high-priced LED theaters. Under the influence of multiple factors, the domestic cinema market does not seem to be fully prepared for LED movie screens. 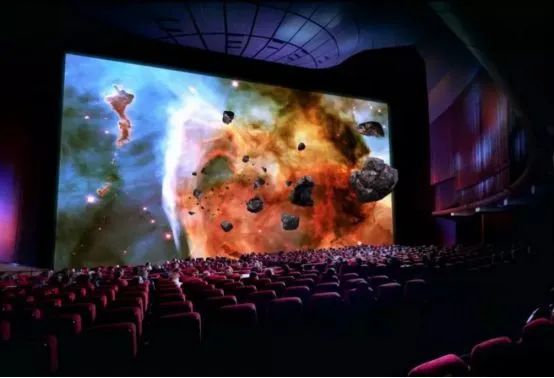 Based on this, some people in the industry have taken advice from three aspects: the upper, middle and lower reaches:

At the downstream end, cultivate end consumers, starting from consumers' cognition and acceptance of LED. Clear, no angle deviation, improved viewing experience In these intuitive comparisons, the audience's acceptance of LED is very high, and some theaters have made VIP VIP private rooms using LED features, which also meets the personalized viewing needs of high-end customers. These actions have also mobilized the innovation and progress of the theaters in special marketing methods. The theaters conduct marketing interactions with high-net-worth and high-end customers in a one-to-one and point-to-point manner, and adopt an appointment-based movie viewing system to promote the VIP room attendance rate. LED halls are of great help to the improvement of the terminal performance of the existing movie market, or the added value brought by the characteristic movie halls.

At the midstream end, expand more application scenarios of LED movie screens. Relying on the physical characteristics of high brightness, large dynamics, and high contrast brought by the LED screen, more application scenarios are extended, making the theater space more diverse. For example, live events or e-sports, performing arts interaction, etc. can be presented in the theater space. With the implementation of the national 5G+8K strategy, the remote interaction method across regions and space and time can be fully realized through the large LED screen.

On the upstream side, improve the quality of content supply. To put it bluntly, it is the level and quality of film production. If the content side still completes the post-production with the previous technical configuration, the LED screen will be "wasted" of resources, and the technology is used to support the content. didn't work either.

As a cutting-edge application, the LED movie screen is still a "fresh item" in the market, and it is easy to differentiate from the surrounding theaters that use projection systems. Such applications also provide new ideas for theaters to create new box-office drainage IPs. . From the perspective of market space, technical advantages and other dimensions, the entry of LED displays into the film field is a direction worthy of attention.

It is believed that in the future, integrating the advantages of the upper, middle and lower reaches of the industrial chain can provide more and better solutions for the application of LED displays in the film field, and at the same time reduce costs, so that LED cinema screens can be popularized as soon as possible, allowing more people to enjoy The excellent visual experience brought by LED display technology allows more cinemas to expand more profit channels and business models through the application of new technologies and new products. From the above perspective, the development and application of LED movie screens are not only topics that LED display screen companies need to pay attention to, but also public issues that need joint research and breakthroughs in multiple industries.