For the Immersive Cultural Tourism Empowered by Light and Shadow Technology, How Much does LED Display and Projection Display Account for In The World

Recently, the 20th Guangzhou International Professional Lighting and Audio Exhibition was held in the China Import and Export Fair Complex and was a complete success. New technologies and new equipment emerge in an endless stream, and some immersive exhibition areas attract exhibitors to linger. The organizer, together with the Cultural Tourism Exhibition and Performance Committee of the Guangdong Provincial Audio-Visual Lighting Technology Promotion Association, launched the "Spark·New Immersive Experience Exhibition". The exhibition area integrates digital technology, naked-eye 3D, holographic technology, visual imaging technology, mechanical device technology and other cutting-edge equipment and technologies in the industry. Experience the cutting-edge experience created by the innovation of the night travel culture and tourism economy. Among them, in addition to various forms of landscaping arrangements, multi-form application of projection and LED display screens have created a variety of splendid and direct visual sensory experiences for the audience, and also made the immersive scenes in the space more realistic.

With the rapid development of digital technologies such as artificial intelligence, big data and cloud computing, and the rapid construction of smart scenic spots, a series of basic technological services such as 5G, VR, AR, and holography have gradually improved and matured. transformation. Through the integration of music, video, lighting, installation, and stage props, supplemented by advanced technologies such as VR, AR, and MR, creating new tourist attractions has gradually become a new development point for the cultural tourism industry. With the rise of a new type of tourism that combines "performing arts" and "tourism", immersive entertainment scenes are also blooming everywhere, among which non-projection and LED displays that support the construction of large-scale situational scenes are none other than non-projection and LED displays. Both belong to image display equipment, LED display and projection are natural competitors in the field of large-screen display. At a time when the immersive cultural tourism market is becoming more and more prosperous, the two are also actively occupying the market. 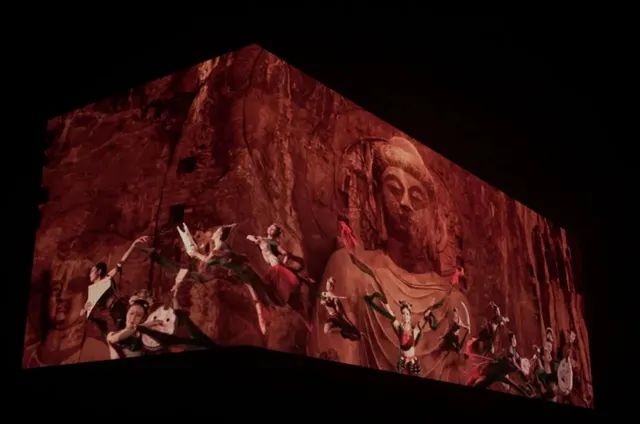 Become the main force in creating an immersive cultural tourism

In the market environment of "everything can be immersed", the role of LED display and projection is to reshape or derive the scene. However, due to the considerable differences in the way the two display devices display images, their applications in the immersive cultural tourism industry are also very different. First of all, in terms of image quality, LED, as a large-scale direct display screen, has a very rich application form in the cultural tourism industry. Visual creations such as naked-eye 3D and special-shaped screens have become independent attractions. In some immersive cultural scenes, multiple LED display screens are often used to create an immersive simulation demonstration environment, allowing tourists to have an interactive experience in a physical space that blends virtual and reality. The realistic demonstration environment is combined with other arrangements, allowing visitors to experience a more colorful, novel and exciting sensory experience. Taking the China Grand Canal Museum as an example, it will reshape a large-scale immersive ancient scene, allowing the audience to go back to the history of thousands of years; design the interactive experience of "knowledge display + escape room", so that the audience can get a personalized cultural education experience in the fun of the game ;Using LED creative large screen + holographic projection to create a 360° multimedia loop theater, allowing the audience to fully perceive the cultural vitality in a multi-dimensional space.

The projection is slightly inferior in the shaping power of the realistic environment, because the projection is to put the picture on the "curtain", which belongs to the reflection casting. When creating a realistic scene, the requirements for the "curtain" are higher. But the projection scene is more inclusive than the LED display. Therefore, in some night tour tourism projects, projection is more suitable for scene edification and scene derivation in an open environment. For example, the immersive light and shadow performance of "Yellow Crane Tower at Night" in Wuhan during the National Day holiday last year uses laser projection, laser interaction, and foreground yarn. Screen, actor image interaction, 3D animation lights, high-pressure water mist and many other light and shadow technologies perfectly integrate projection technology and art, and use the Yellow Crane Tower itself as the "canvas" to interpret the wonders of the Louhe River under the night.

With the iterative upgrade of LED display technology, LED displays are more comfortable in responding to the needs of the cultural tourism market. However, the current cultural tourism market's favor for projection has not diminished. In other words, with the addition of LED displays, the market space of immersive cultural tourism is still expanding. In addition to immersive cultural pavilions, LED displays and projections are still crowding out the market. The integrated application of new technologies such as LED display + AR/VR and naked-eye 3D has opened up a new cultural tourism experience in tourism projects, and has become the highlight and eye-catching point of the immersive cultural tourism scenic spot. The large-scale immersive light show "Prosperous Sui and Tang Dynasties Millennium Dragon Gate" in the Longmen Grottoes Scenic Spot, the largest PH6 high-definition 3D naked-eye full-color LED large screen in the province of 420 square meters, landed on the bank of Longmen Yique, lighting up the "Tianque" landmark at the southern end of the historical axis of the ancient capital. At present, some scenic spots are still developing new tourism projects such as immersive cultural experience halls, VR experience halls, light and shadow interactive exhibition halls, and immersive theaters. The LED display screen is entering the major cultural and tourism scenes in the form of stars, and is embedded in the scenic spots in the form of immersive exhibition halls, special-shaped interactive modeling screens, and themed performance background screens.

Projection requires the existence of a curtain and the display screen does not have the characteristics of self-illumination, so the application scene is very limited, and it can only be used in night or indoor scenes. The LED display can ignore the scene and light factors, and integrate various forms of applications into tourist attractions. At present, many scenic spots and tourist business circles use hardware such as LED creative displays and transparent screens, as well as technological applications such as AR, VR, MR, projection, and the combination of virtual and real space to create an immersive landscape lighting environment.

In outdoor night scenes and light and shadow shows, the status of projection as a major landscaping force in the night tour market and decoration of tourist scenes has been determined. The LED display screen can use its own advantages to create the positioning of the new landscape of the scenic spot. The cooperation between the two combines light and shadow technology with local culture to create a brand-new tourist scene with a strong sense of immersive experience, bringing tourists a more diversified tourist experience. It will also make full use of the advantages of LED displays in the immersive cultural tourism market. The gradual expansion of the tourism market will further release market demand and exchange more market space for LED displays.

The prosperity of the immersive cultural tourism market not only brings contemporary tourists a fresher and more exciting travel experience, but also brings new development opportunities to many industries. Light and shadow performances have become a major feature of immersive cultural tourism. Projection and LED displays have been competing in the display market for a long time, but they have also completed collaboration in this emerging market to create a richer and more diverse cultural and travel experience. LED display will also continue to determine its own positioning in the process of technological research and innovative applications, in order to obtain a larger market space. It is recommended that you choose a large manufacturer with quality assurance when purchasing LED displays. LCF  Lighting specializes in the research and development, manufacturing, sales and service of LED displays, and provides customers with professional solutions!