State of The Semiconductor Industry in 2022

The global semiconductor market has entered a mature stage. The industry's sales growth in 2020 and 2021 is only -0.2% and 1.1% year-on-year, mainly due to the combination of weak demand, a strong dollar, and market trends and cyclicality. 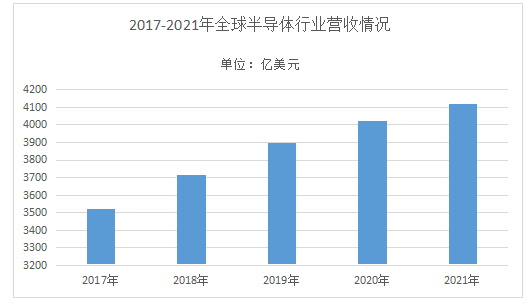 The Asia-Pacific region (excluding Japan) has become the fastest growing region in the global semiconductor market. In 2021, semiconductor sales in this region will reach US$208.4 billion, accounting for 61.49% of the global market. At the same time, the industry's capital expenditure increased by 5% year-on-year last year. It is estimated that between 2022 and 2023, about 62 new wafer fabs will be put into production globally, ushering in a new round of construction peaks.

In 2020, Bain Capital acquired Toshiba Storage and changed its name to Kioxia the following year. Subsequently, Kioxia became active in the global semiconductor market and handed over US$10.2 billion in 2021, rushing to ninth place from 14th in 2020 with a growth rate of 30.4%. However, Toshiba has been hollowed out in the process of continuous splitting and selling, and the once "light of Japan" has gradually extinguished.

In addition to the above-mentioned companies, SK Hynix, Micron, Qualcomm, Broadcom, TI and other companies have accumulated profound technologies, and their market shares have continued to fluctuate steadily over the past decade, with little changes in their market rankings. From the perspective of the development trend of the global semiconductor market, WSTS (World Semiconductor Market) once predicted last year that the semiconductor market will continue to maintain a positive year-on-year growth of 8.8% in 2022.

With Moore's Law gradually reaching the physical limit, Intel has become more and more powerless in the upgrade of the chip process, and was once ridiculed by consumers as a "toothpaste factory". Under this trend, AMD has made a beautiful turnaround with the Ryzen series servers and has become Intel's number one competitor.

Entering 2022, the PC market is expected to cool down significantly, and the competition between Intel and AMD will be more intense in the future. Since the beginning of last year, Intel has formulated a series of strategies, from IDM2.0 to entering the Metaverse, to 5G cloud-network integration, in an attempt to reverse the unfavorable situation.