Introduction to the characteristics of led small-pitch screen background system

In recent years, the "high growth" of the LED small-pitch screen industry can be described as the "biggest" gold mine in the LED industry. According to industry forecasts, in the next five years, the demand for P1.0-P2.0 spacing products will double, and products with spacing below P1.0 will also become explosive. Especially for products with a pitch of P0.5 or less, the growth rate is more likely to be several times higher. So what are the characteristics and evolution trends of the LED small-pitch screen background system? Next, the editor of LCF will explain it to you one by one!

The "gold" standard in the traditional LED display large screen market is the pixel pitch. Different pixel pitches also show "different application markets": for example, outdoor LED screens are dominated by large pitches, mainly P2.0 and above, and even P4.0 and above. At the same time, with the birth of products below P2.0, the concept of "small-pitch LED" appeared, which also greatly broadened the application of large-screen LED displays in the indoor market. The growth of small-pitch LED products has been the protagonist of the LED display market since 2014. 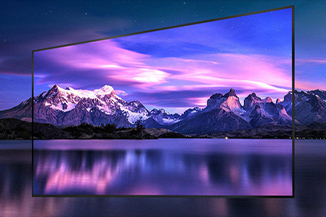 Through the rapid development of the past five years, the small-pitch LED display has greatly improved the clarity of the display panel. As the density increases, it becomes increasingly difficult to further reduce the pixel pitch.

After 2019, the small-pitch LED industry has entered the era of pitches below P1.0. At the same time, the concept of mini-LED and micro-LED display was born. That is, LED crystal size has become a "feature of new technology" and a "new standard beyond pitch". Small-pitch LED products and brands with the concept of mini/micro are also considered to be the "power" representing the development direction of the industry. After the LED display entered the market below P1.0 and the micro-pitch concept era, the market target of small-pitch LED applications has also changed. Mini LED technology can cover the pixel pitch of P0.3-p2.0. This pitch index not only corresponds to traditional indoor large-screen LED displays, but also includes 100-200-inch indoor display requirements. It can even achieve 4k/8k display resolution on 100+ inches. Such products have expanded into new markets such as conference rooms, classrooms, a variety of differentiated commercial displays and home theater large-screen color TV applications.

At the same time, the background support system of the LED display screen is undergoing profound changes. The signal driving system of the display screen is also commonly known as the sending card and the receiving card. The sending card has gradually developed from the embedded type of the original PCI slot to the external type equipped with an independent power supply module.

After the application of LED small-pitch screen, a standard 1U rack type is adopted. These are only the changes in appearance and access methods. In terms of the system's loading capacity, the sending card is gradually adapting to the loading of video resolutions in standard video formats. The most typical example is a single access that supports 1080P signals; The introduction of HDMI interface input, etc., is all in the front-end matrix of the small-pitch signal access platform, and the control of the interface and resolution is matched.

In terms of receiving cards, the loading capacity of a single card increases with the pixel density of the LED display unit, and the space in the unit is narrow, which gradually derives a memory stick-type receiving card with strong loading and small volume.

And in terms of double backup of signals, small-pitch LED displays use more traditional signal loop forms. When the system is stable and reliable, this form can achieve a certain degree of double backup, but in the near future. , more manufacturers will use the form of dual system cards to replace the signal loop, so that the stability of the system has been greatly improved.

It is foreseeable that the receiving card suppliers of the system are seeking business breakthroughs, and there are also explorations and discussions in the form of integrated circuit chips. At the signal access platform level of video splicing walls, equipment suppliers at all levels are gradually changing from exclusion to accepting small-pitch LED screens.

Judging from the current standard hardware device splicing controller of the video wall, the product is output by the original interface with a fixed resolution. In order to adapt to the signal access characteristics of small-pitch LED screen products, the interface resolution can be freely defined.

From the original LED small-pitch screen manufacturers looking for a splicer that can customize the output resolution, all the splicers in the industry have supported or are trying to support LED splicing. This cannot be said to be a compromise of technology to the market and progress.

It is not difficult to find that LED small-pitch display products are gradually infiltrating into the professional display field from traditional commercial display carriers. From the product itself to the back-end system, it is constantly being adjusted and improved.