How far is Micro LED from being commercialized on a large scale?

Following Samsung's 1110-inch Micro LED TV priced at 1.05 million yuan, "the first reservations have been sold out" on the Jingdong platform, Ledman has recently released the world's first 8K 163-inch Micro LED giant screen, which sells for up to 1.68 million yuan. The price caused a huge shock in the market.

Known as the ultimate goal of display technology, Micro LED is a display pixel array display composed of LED chips below 50 microns combined with active drive arrays. It is a miniaturization and array of traditional LEDs. 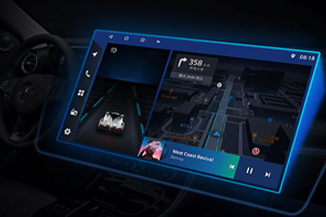 After the forward-looking layout in recent years, coupled with the active promotion of domestic and foreign manufacturers and the growth of demand in emerging application markets, Micro LED has gradually been applied in large-scale displays, TVs, smart wearable devices and other fields.

On June 18, the first batch of Samsung 110-inch Micro LED TVs were sold out on JD.com. The TV is packaged in self-luminous COB, featuring a large-screen borderless smart display/household giant screen, with a price of nearly 1.05 million yuan.

On May 31, tooz announced that at AWE USA 2022, it will debut the first AR prescription glasses that can be worn all day - ESSNZ Berlin. The product uses a 0.13-inch single green Micro LED display with a resolution of 480x640, which can be adjusted for brightness, with a maximum brightness of 5000nits.

On April 26, Porotech announced that it will exhibit the world's first set of native InGaN-based red, green and blue Micro LED displays at the Touch Taiwan exhibition, with a resolution of 1920 x 1080 and a brightness of at least 2 million nits (≥2M nits).

In late April, INMO Air's consumer-grade AR smart glasses, INMO Air, opened for pre-sale on JD.com. The product is equipped with a full-color Micro OLED display with a resolution of 640x400, a contrast ratio of 20000:1, and a 26° field of view. 100% sRGB color gamut.

Micro LEDs have broad application prospects, from commercial applications to consumer electronics, are all areas where Micro LEDs can show their talents. Especially in the field of large-size displays, Micro LED has officially entered mass production mode.

As one of the pioneers in the field of Micro LED, Leyard and Liancheng Fa have taken the lead in realizing the research and development, mass production and large-scale commercialization of Micro LED. It is understood that in 2021, its newly signed Micro LED orders will reach 320 million yuan, with a production capacity of 800KK/month, and it is expected to achieve a production capacity of 1600KK/month by the end of this year.

After Ledman released the Micro LED giant screen product based on COB technology, it also officially extended from the B-end to the C-end, embarking on the road to develop the consumer-level application market.

At the beginning of June, part of the main building of JBD's plant in the Comprehensive Bonded Zone of Hefei Economic and Technological Development Zone has been preliminarily completed. The operation of the plant will help it achieve an annual production capacity of 120 million Micro LED micro-displays, which can meet the blowout type of AR/VR industry. development needs.

Li Yunli said that in the fastest 2-3 years, more business opportunities for Micro LED to be introduced into AR/MR can be seen.

Micro LED has moved from commercial application to consumption field, and has gradually achieved mass production, which has become an important driving force in the development of related components, equipment and processes.

It is understood that Zhaoyuan Optoelectronics Micro LED chip integrates 1.31 million pixels within a range of 2cm2, with a resolution of 1284*1028. The pixel pitch of the display chip is 9μm, and the pixel density reaches 2800ppi.

As a mid-stream packaging manufacturer, Nationstar has joined the Micro LED concept, which also means that it has completed the initial layout of the Micro LED business.

As optimistic about the future momentum, Fucai has recently privately placed about 800 million yuan to expand the Micro LED layout and build a dedicated 6-inch wafer fab and other equipment. Shentianma has also established a joint venture with an associate company to build a full-process Micro LED test line from mass transfer to display modules.

In order to meet the needs of the future application market, LED equipment manufacturer Huite Optoelectronics continues to develop and verify new Micro LED equipment. According to him, "At present, Micro LEDs are also starting to ship in small quantities, and they are optimistic about the shipment situation in the next few years."

Although end-use products are emerging, the development of Micro LEDs is still in its early stages. However, as the ultimate display solution, the future application prospects of Micro LED and the value it can create are very attractive. Today, the mass production of large-scale displays has reached a milestone, and new opportunities for applications such as AR glasses, automotive and wearables will continue to develop.