What is the effect of LED lamp beads on the LED high-definition full-color display?

Many customers understand that LED lamp beads (also called LED chips) are very important core components of LED display screens and play a vital role in performance, but in fact most people only know this concept, LED lamp beads. As the component with the highest cost and the largest amount of LED display, it plays a leading role in the quality of LED high-definition full-color display. Today, Liancheng sent a small editor to introduce why LED lamp beads are the most critical components of LED high-definition full-color display screens, and how to correctly identify the advantages and disadvantages of LED lamp beads?

1. The most critical component of the LED high-definition full-color display is the LED lamp bead?

(1)The LED high-definition full-color display is the most used key device in the whole machine, and thousands to millions of LEDs are used per square meter;

(2) LED is the main body that determines the optical display performance of the LED screen, which directly affects the audience's evaluation of the LED display;

(3)LED accounts for the largest proportion of the overall cost of the display, ranging from 30% to 70%. 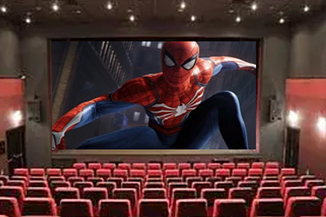 2. How to identify the advantages and disadvantages of LED display lamp beads?

(2)Look at the FPC quality. FPC is divided into two types: copper-clad and rolled copper. The copper foil of the copper-clad plate is protruding. If you look closely, you can see it from the connection between the pad and the FPC;

(4)Look at the chips and production processes for LED lights. You can't tell the difference with your eyes. You need to use aging equipment and testing equipment. If you put several manufacturers' LEDs on the aging machine and use high current to age them for 24 hours or more, you will measure the LED brightness of several manufacturers. , look at the LED with the smallest attenuation of luminous intensity, and the quality with the smallest attenuation is the best.

3. What are the effects of LED lamp beads on the LED display?

LED brightness is an important determinant of display brightness. The higher the brightness of the LED, the greater the margin of the current used, which is good for saving power consumption and keeping the LED stable. LEDs have different angle values. When the brightness of the chip is fixed, the smaller the angle, the brighter the LED, but the smaller the viewing angle of the display. Generally, a 100-degree LED should be selected to ensure a sufficient viewing angle of the display. For displays with different dot pitches and different viewing distances, a balance point should be found in brightness, angle and price.

Because the LED full-color display is composed of tens of thousands or even hundreds of thousands of pixels composed of three types of red, green and blue LEDs, the failure of any color LED will affect the overall visual effect of the display. Generally speaking, according to industry experience, the failure rate of LED display should not be higher than 3/10,000 (refers to the failure caused by the LED lamp bead itself).

LED is a semiconductor device, which is sensitive to static electricity and can easily lead to static electricity failure. Therefore, the anti-static ability is very important to the life of the display screen. Generally speaking, the failure voltage of LED human body electrostatic mode test should not be lower than 2000V.

Since the LED is angled, the full-color LED display also has angular directionality, that is, its brightness will increase or decrease when viewed from different angles. In this way, the angular consistency of red, green, and blue LEDs will seriously affect the consistency of white balance at different angles, and directly affect the fidelity of the video color on the display. To achieve the matching consistency of the brightness changes of red, green and blue LEDs at different angles, it is necessary to strictly carry out scientific design in the design of the packaging lens and the selection of raw materials, which depends on the technical level of the packaging supplier. No matter how good the normal direction white balance is, if the LED angle consistency is not good, the white balance effect of different angles of the whole screen will be bad. The angle consistency characteristics of LED lamp beads can be measured by LED angle comprehensive tester, which is especially important for medium and high-end display screens.

The above is the impact of LED lamp beads on LED high-definition full-color display and how to correctly identify the advantages and disadvantages of LED lamp beads, which are organized by LCF Xiaobian for you. You are welcome to add and correct them. Friends can also contact us to send LED display manufacturers!