What Needs Can Be Met by Actively Promoting Smart Street Lights?

As one of the representatives of new infrastructure, smart light poles carry advanced technology applications such as AI, Internet of Things, 5G, etc., and a multi-functional environmental monitoring and interaction system. Smart street lights can collect, analyze, and then analyze and control data in traffic, such as automatic brightness adjustment according to traffic flow, remote lighting control, active fault alarm, lamp cable anti-theft, remote meter reading and other functions, which can greatly save power resources. , improve the management level of public lighting and save maintenance costs. 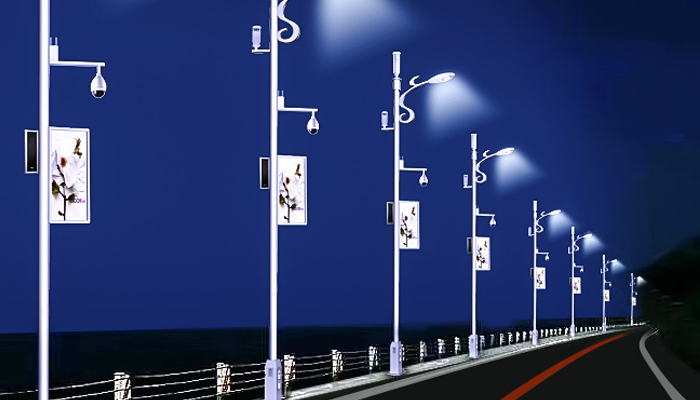 As a key part of a smart city, smart transportation is the most urgent and the easiest entry point to collect information, and smart street lights only need to replace and integrate the original light poles, which has the least impact on residents' activities. Gradual changes will increase public acceptance.

The smart street light project has received positive responses from local governments, and the country has introduced relevant industry standards

The increase in demand for smart light poles naturally attracts a large number of companies to enter, and at the same time, the products on the market are uneven and the standards are chaotic. As a result, corresponding industry norms and laws and regulations have also been introduced. In particular, the formulation of the management specifications for multi-functional smart street lamps just this year marks that the industry has entered a new stage of development.

According to the information released by the China Government Procurement Network, in 2021, local governments in my country will invest about 36.71 million yuan (transactional price) in smart street lighting projects. Some of these projects not only invest in smart street lights, but also include the construction of supporting services related to smart street lights and their later operations. From the perspective of the winning bidders (suppliers) of the projects of various local governments, almost all of them use local construction companies, providing development opportunities for local small and medium-sized enterprises. Supporting small and medium-sized enterprises and dismantling the project into several links, thereby promoting the increase and expansion of industrial suppliers, is an important means for the government to promote the construction of smart street lamps in 2021.

At present, smart street lamps are still in the early stage of industrial development, with government project construction as the main driving force, and it is expected that the future development potential will be huge.

There are more than 1,000 smart cities launched or under construction around the world, and 500 are under construction in China. According to data from the National Bureau of Statistics, the number of urban road lights in my country has increased from 17.74 million in 2010 to 30.49 million in 2020. If you add street lights on new roads and street lights on existing roads, the number of street lights in the future will increase. The deployment of light poles will reach a very impressive number.

The article is reproduced from: LEDinside Hannah, if there is any infringement, please contact us to delete it