LED electronic display is a new type of display equipment, which is widely used in all walks of life, such as advertising media, traffic guidance, information publicity, command and dispatch, security monitoring, etc. With the development of economy, LED electronic display plays an increasingly important role in the development of modern cities. When purchasing LED display products, in order to choose satisfactory products, it is necessary for us to understand their production process. Let us introduce them to you. 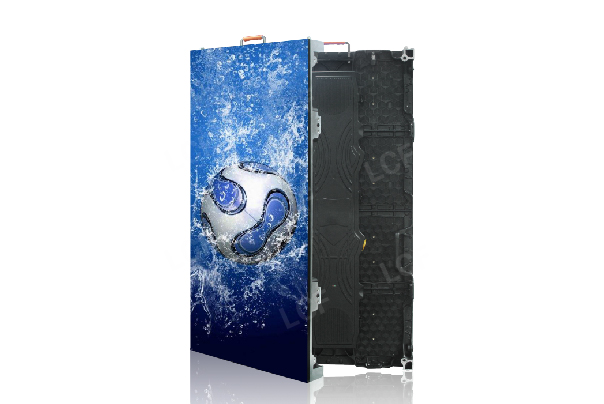 2. LED display expansion: Since the LED electronic display chips are still arranged closely after dicing, the spacing is very small (about 0.1mm), which is not conducive to the operation of the subsequent process. We use a chip expander to expand the film bonding the chips, and the spacing of the LED chips is stretched to about 0.6mm. Manual expansion can also be used, but it is easy to cause undesirable problems such as chip drop and waste. 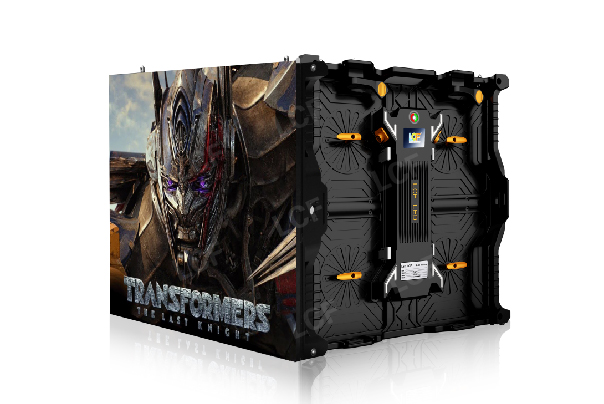 5. LED manual thorn: Place the expanded LED chips (with glue or without glue) on the jig of the thorn table, place the LED bracket under the jig, and use a needle to pierce the LED chips one by one to the corresponding chip under the microscope. position. Compared with automatic racking, manual thorn chips have an advantage, which is easy to replace different chips at any time, and is suitable for products that need to install multiple chips.

6. Automatic mounting of LED large screen: Automatic mounting is actually a combination of two steps: dipping (dispensing) and installing chips. First, put silver glue (insulating glue) on the LED bracket, and then use a vacuum nozzle to place the LED. The chip is sucked up to the moving position, and then placed on the corresponding bracket position. In the process of automatic racking, it is mainly necessary to be familiar with the operation and programming of the equipment, and at the same time, adjust the glue and installation accuracy of the equipment. In the selection of suction nozzles, try to use bakelite suction nozzles to prevent damage to the surface of LED chips, especially blue and green chips must use bakelite. Because the steel nozzle will scratch the current spreading layer on the surface of the chip.

7. LED sintering: The purpose of sintering is to solidify the silver glue, and sintering requires monitoring of the temperature to prevent batch defects. The temperature of silver glue sintering is generally controlled at 150 ° C, and the sintering time is 2 hours. According to the actual situation, it can be adjusted to 170℃ for 1 hour. Insulation glue is generally 150 ℃, 1 hour. The silver glue sintering oven must be opened to replace the sintered product every 2 hours (or 1 hour) according to the process requirements, and the middle should not be opened at will. The sintering oven shall not be used for other purposes to prevent pollution.

9. LED encapsulation: The packaging of LED electronic display mainly includes three types: dispensing, potting and molding. Basically, the difficulty of process control is air bubbles, lack of material and black spots. The design is mainly about the selection of materials, and the selection of epoxy and brackets with good combination. 1LED dispensing, TOP-LED and Side-LED are suitable for dispensing packaging. Manual dispensing and encapsulation requires a high level of operation (especially for white LEDs), and the main difficulty is the control of the amount of glue dispensed, because the epoxy will thicken during use. The dispensing of white LEDs also has the problem of chromatic aberration caused by the precipitation of phosphors; LEDs are encapsulated with glue, and Lamp-LEDs are encapsulated in the form of encapsulation. The process of potting is to inject liquid epoxy into the LED large screen molding cavity first, then insert the pressure-welded LED large screen bracket, put it in an oven to cure the epoxy, and then remove the LED from the mold cavity to form; LED Molded packaging, put the pressure-welded LED large screen bracket into the mold, close the upper and lower molds with a hydraulic press and vacuumize, put the solid epoxy into the entrance of the glue injection channel, and press the hydraulic ejector into the mold glue. In the channel, the epoxy enters each LED molding tank along the glue channel and cures.

10. LED curing and post-curing: curing refers to the curing of the encapsulated epoxy. The general epoxy curing conditions are 135 ° C for 1 hour. Molded packaging is generally at 150 ℃, 4 minutes. Post-curing is to allow the epoxy to fully cure while thermally aging the LED. Post-curing is very important to improve the bond strength of the epoxy to the bracket (PCB). The general conditions are 120°C, 4 hours.

11. LED rib cutting and dicing: Since the LED display is connected together in production (not a single one), the Lamp package LED uses rib cutting to cut off the connecting ribs of the LED bracket. SMD-LED is on a PCB board and requires a dicing machine to complete the separation work.

12. LED test: test the optoelectronic parameters of the LED, check the external dimensions, and at the same time sort the LED electronic display products according to customer requirements.

LED Display Full Color LED Display LED Display Manufacturer
Upper: Don't Say that the LED Full-Color Display is Easy to Break. Have You Done These Points?
Return
Next: How Is the Protection Level of LED Display Screen Divided?