What should I do if the led advertising electronic screen gets wet?

What should I do if the led advertising electronic screen gets wet? Clothes that can never be dried on the hangers, and water droplets that can never be wiped off the walls, especially in spring, summer and back to the south, the rain nourishes all things, and it is a rainy season, which also exposes the LED display to a humid environment and is affected by Under the influence of high humidity, problems such as caterpillars, dead lights, and abnormal display are very likely to occur, and the source is the phenomenon of "metal migration" of LED display chips. Regarding how to prevent moisture in LED displays such as LED advertising electronic screens, Lianchengfa has two great tricks, one is "separation" and the other is "removal", both fists attack.

Vacuum GOB coating technology, that is, in a vacuum plasma environment, using advanced polymer nano-polymer materials and GOB coating technology, through a special process, the light surface of small-pitch products and the original devices on the PCBA board are protected by GOB nano-coating After treatment, a dense 3D three-dimensional film structure is formed on the surface of the LED module device, which is one of the "ace black technology" of Lianchengfa small-pitch LED display.

The GOB film layer is only 20 nanometers, which will not have any effect on the viewing angle and contrast of the large screen. The surface waterproof performance is up to IP65. In addition to moisture resistance, it also has the advantages of chemical resistance, salt spray corrosion resistance, sulfide corrosion resistance, etc., which can greatly reduce the caterpillar failure of the LED display due to the dampness of the lamp tube in a high-humidity environment. probability. 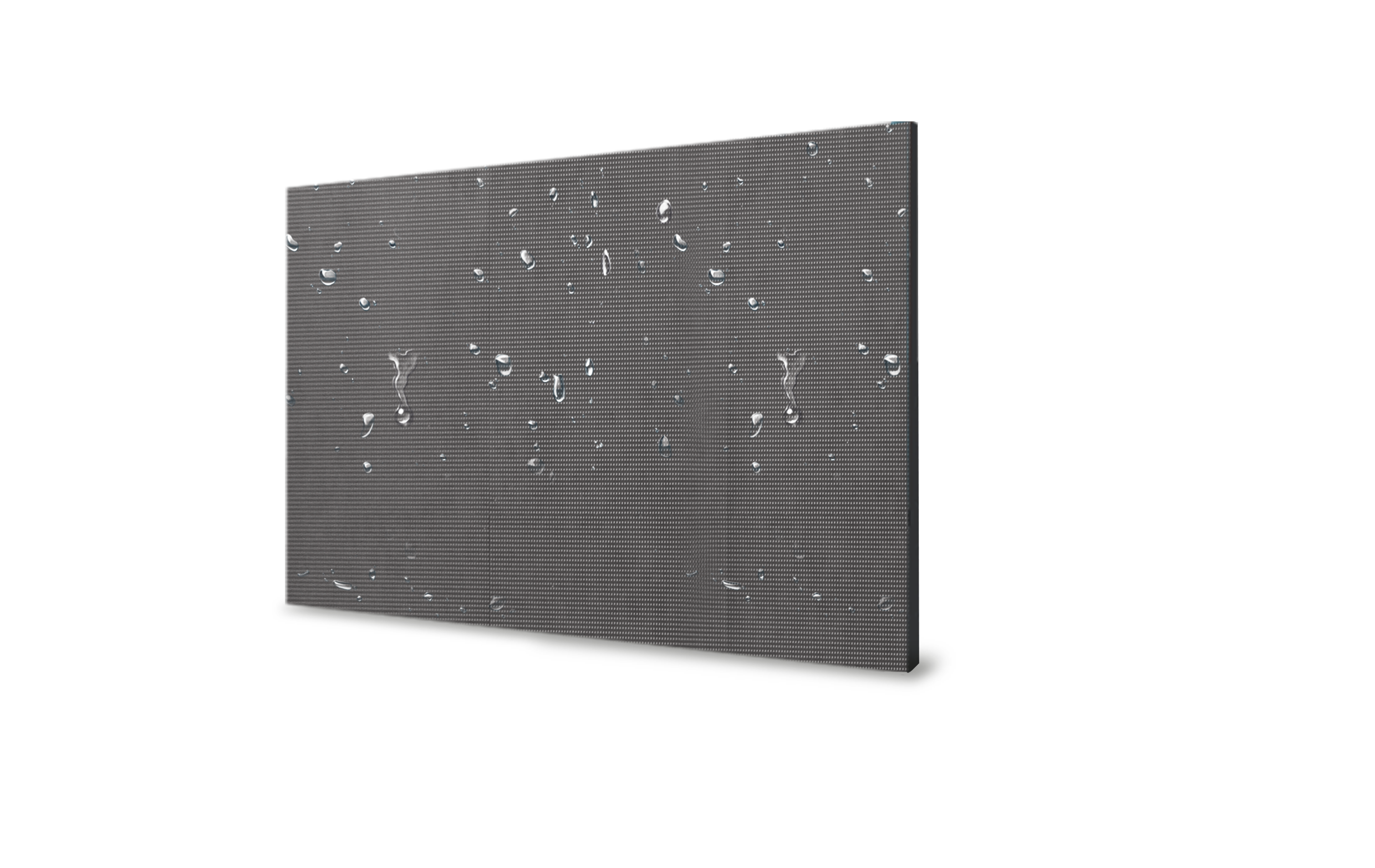 What's more worth mentioning is that Lianchengfa is one of the first screen companies to innovatively apply GOB coating technology in the field of LED display manufacturing. As a national-level specialized and new "little giant" enterprise, it has always been at the forefront of quality and technological innovation.

In addition to blocking moisture from the product through the GOB film layer, Lianchengfa has another "unique trick" - intelligent current gain dehumidification technology. This is a set of user-level intelligent dehumidification system developed by technical experts who have studied the LED display industry for many years through a variety of complex domestic environments and based on a large amount of data support.

In the wet weather such as the rainy season and returning to the south, the customer only needs to turn on the dehumidification setting, and the moisture will leave the inside of the product under the action of the current gain.

Through the combination of GOB coating technology + current gain dehumidification system, Lianchengfa uses two different methods of "separation" and "removal" to reduce the impact of moisture on the LED display, not only reducing the caterpillars caused by humidity , dead lights, abnormal display and other problems, improve the reliability of the product, prolong the service life of the screen, and through the "intelligent and convenient" design, greatly reduce the customer's manpower, capital and other operational investment in the moisture-proof screen.

The two moisture-proof and waterproof black technologies introduced today are only a drop in the bucket among the nearly 100 black technologies of Liancheng. In the future, Lianchengfa will continue to explore more new technologies to ensure/improve the quality of LED displays such as LED advertising electronic screens from multiple dimensions such as flatness, purity, reliability, etc. service provider”.