When Was the LED Display Invented? Do You Know?

With the popularity of LED displays, LED displays can be seen in the streets and alleys. Do you know how the LED display came from? Today, Liancheng sent a small editor to share with you. 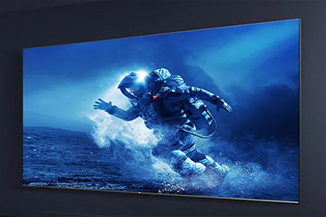 With the rapid development of the electronics industry, in the 1960s, display technology developed rapidly, and people developed a variety of display technologies such as pdp laser display plasma display panels, LED liquid crystal displays, light-emitting diodes LED, and so on. Due to the gradual maturity and perfection of the fabrication and processing technology of semiconductors, light-emitting diodes have become increasingly dominant in solid-state displays. The reason why LED has been widely valued and developed rapidly is because it has many advantages. For example: high brightness, pure light color, low operating voltage, low power consumption, easy integration, simple drive, long life, environmental protection, impact resistance and stable performance, wide application range, its development prospects are extremely broad. At present, it is developing towards higher brightness, higher weather resistance and luminous density, luminous uniformity, and full color. With the development, people need a large-screen display device, so there is a projector, but its brightness cannot be used under natural light, so a large led screen appears, which has the characteristics of large viewing angle, high brightness and bright colors.

Doorway display   display led display repair   recycling lcd display   old display recycling
Upper: What are the Basic Concepts of Audio Development?
Return
Next: What is the Difference Between Positive Emission and Side Emission in LED Large Screen Applications?