What is the Evolution of LED Transparent Screen?

At present, LED transparent screens have begun to be widely used in curtain walls, shopping malls, stages and other fields. Is the transparent screen an invisible LED display? Actually no, it does not mean that it is truly invisible, but the display screen has high transparency, or is attached or installed inside the glass. When it is not lit, it seems that it does not exist from a distance. Even if it is lit, it looks like It's like the picture appears on the glass.

With the diversified development trend of transparent screens, banks, shopping malls, theaters, commercial streets, hotels and other places have installed LED glass curtain wall screens in municipal public buildings and landmark buildings, which not only improves the aesthetics, but also provides indoor installation and outdoor use. properties, without affecting the appearance of the building. The LED transparent screen of Liancheng Lighting has high light transmission and low power consumption, which is better in the same industry. 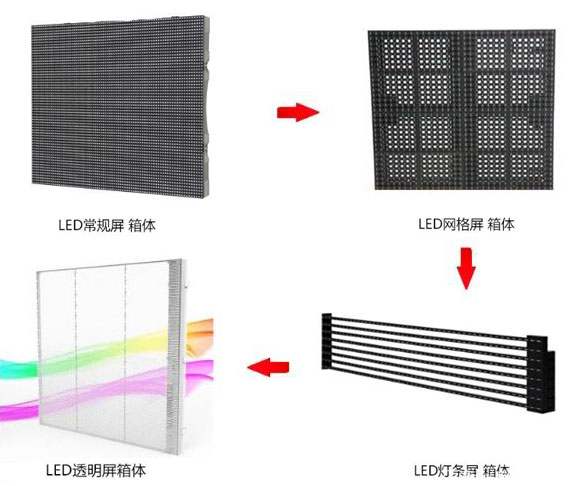 The evolution of LED transparent screen

At first, the outdoor screen was equipped with a conventional LED display, which was relatively bulky, and after installation, a piece of black pressure was like a thick wall, which would block the scenery and affect the indoor light.

Due to the shortcomings of conventional screens, LED manufacturers add hollow designs on the basis of conventional screens to increase the permeability. At this time, the LED grid screen came into being. If the gap of the grid screen can be further developed, it will evolve into an LED light bar screen, which is currently the most widely used LED screen for outdoor applications.