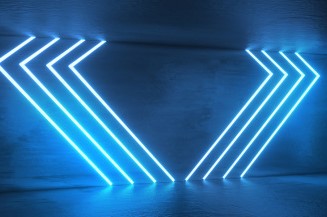 White field color coordinate allocation is one of the most basic technologies for full-color LED displays. However, in the mid-1990s, due to the lack of industry standards and basic testing methods, the color coordinates of the white field were usually determined only by the human eye and feeling, resulting in severe color cast and randomness of the color temperature of the white field. With the promulgation of industry standards and the completion of testing methods, many manufacturers began to standardize the color matching process of full-color screens. However, due to the lack of theoretical guidance on color matching, some manufacturers often sacrifice the gray level of some primary colors to allocate 100-field color coordinates, and the overall performance cannot be improved.

The problem of chromaticity uniformity of LED display screens has always been a major problem for people in the industry. It is generally believed that the uneven brightness of LEDs can be corrected by a single point to improve the brightness uniformity. The uneven chromaticity cannot be corrected, and can only be improved by subdividing and screening the LED color coordinates.

As people's requirements for LED displays are getting higher and higher, only subdivision and screening of LED color coordinates can no longer satisfy people's critical eyes. It is achievable to comprehensively correct the display to improve chromaticity uniformity. of.

The above is a detailed introduction to the processing technology of LED display chromaticity. If you have any doubts, please leave a message to consult LCF.