After purchasing a led display, many times due to some factors, it cannot be installed immediately. In this case, a good storage of the led display is required. However, as a precision electronic product, the LED display screen has high requirements on the storage method and environment, and it is easy to cause the LED display screen to be damaged. 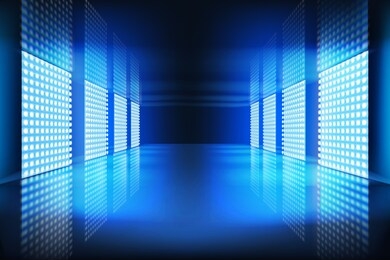 Eight points need to be paid attention to when saving the LED display:

1. The place where the box is placed needs to be cleaned up and then paved with pearl cotton.

2. The LED display screen is not allowed to stack modules in a disorderly manner or stack more than 10 sheets. When stacking, the lamp faces are placed opposite each other and separated by pearl cotton.

3. It is recommended to place the LED display box with the light side up and flat. If the number is too large, special attention should be paid to protection when it needs to be placed upright. It is forbidden to place it upright in places subject to large vibrations.

5. During installation or maintenance, all staff must carry a cordless anti-static wristband.

7. When carrying the LED display box, it should be lifted, and the display box should not be pushed or dragged on the ground, so as to avoid damage to the bottom module of the display due to the unevenness of the ground. The box should be balanced during the lifting process, and should not swing or rotate in the air to prevent the box from falling and hurting people.

8. If the LED display product needs to be adjusted, you can hit the metal part of the box with a rubber hammer, and it is forbidden to hit the module. Extrusion, collision and other behaviors between molds are not allowed. In the case of gaps, abnormal positioning, etc., do not hit the box and module with hard objects such as a hammer, and try again after removing the foreign object.

Lianchengfa LED display manufacturer warm reminder: If we can do these points in operation, I believe that it will be very good in the future storage of LED display.