What Are The Ways to Improve The Brightness of the LED Display? 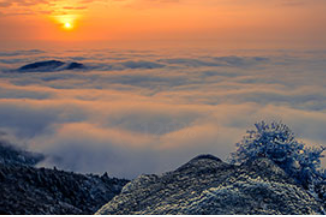 The first method is relatively simple. It is to change the current flowing through the LED. Generally, the continuous working current of the LED tube is about 20 mA. Except for the saturation phenomenon of the red LED, the brightness of other LEDs is basically proportional to the current flowing. In general, this situation can meet the requirements of adjusting the brightness.

The second way is more complicated. Using the visual inertia of the human eye, the pulse width modulation method is used to achieve grayscale control, that is, the light pulse width is periodically changed. As long as the period of repeated lighting is short enough, the human eye cannot feel the light-emitting pixels shaking. Because pulse width modulation is more suitable for digital control, almost all LED control systems are usually composed of three parts: main control box, scanning board and display control device. The main control box obtains the brightness data of each color of a screen pixel from the computer's display card, and then redistributes it to several scanning boards. The scanning board centrally controls the grayscale of each pixel point. The scanning board decomposes the brightness value of each row of pixels from the control box, and then transmits the turn-on signal of each row of LEDs to the corresponding LED in the form of pulses by row and in series. , to control whether it is lit. This method uses fewer devices, but the amount of data transmitted in series is large. Due to the limitation of the operating frequency of the device, generally only 16-level grayscale can be achieved on the LED display.

The above are the two ways to improve the brightness of the LED display that LCF shared with you.

LED display brightness   high led display   large display led screen   floor led display   cheap led display
Upper: What Are the System States of the Transparent LED Display?
Return
Next: What Should I Do When The LED Display Gets Water?