The new trend of smart city: the era of comprehensive integration is coming

From informatization to digitization to intelligence, an urban upgrade has quietly occurred - this is a comprehensive integration of cross-departmental and cross-industry technologies, applications, and experiences, making urban residents feel more deeply about doing things, Convenience in travel and medical care.

The changes brought by comprehensive integration to the smart city are: it is the ultimate completion of the urban brain, which truly realizes the transition from thinking to action. It will start from the "event" itself, with "one event in the city" as the main characterization, including not only the "one-stop service" of matter acceptance + handling, but also the "one-stop management" of event discovery + disposal. 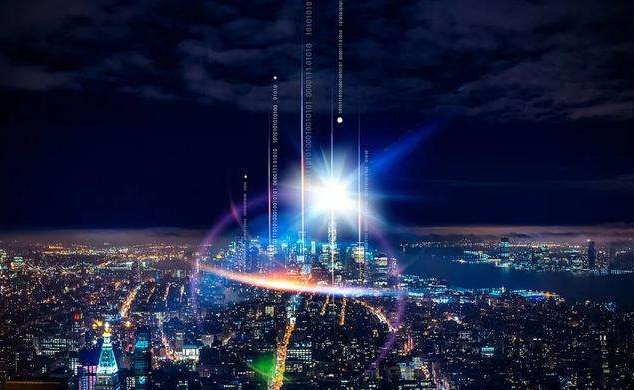 After several years of development, the construction of smart cities has begun to enter the deep water area. From informatization to digitization to intelligence, an urban upgrade has quietly occurred - this is a comprehensive integration of cross-departmental and cross-industry technologies, applications, and experiences, making urban residents feel more deeply about doing things, Convenience in travel and medical care.

As an industry pioneer, Alibaba Cloud has supported the construction of many smart cities across the country. As of last year, Hangzhou City Brain, which it participated in the construction of, has formed 48 application scenarios in 11 key areas, 390 digital cockpits, 12,000 central system data service interfaces, and a total of 3.56 billion data calls. Today, "urban brains" are spreading in more and more places, and have gradually become a feasible path for the intelligent transformation of China's urban governance system.

Following Hangzhou, more and more local governments have integrated the Big Data Administration, which has become a powerful starting point for smart city construction. After interviewing the relevant persons in charge of the big data management bureaus in several cities, our reporter found that more and more cities have begun to realize "one-stop service" and move forward rapidly in the direction of "one-stop unified management". Their exploration and practice have positive demonstration significance for the construction of smart cities in China.

Zhengzhou: a model for fast catch-up

"Zhengzhou has been exploring smart cities. During the construction of smart cities in the past few years, Zhengzhou was one step behind advanced cities, mainly due to the lack of high-level top-level design, fragmented and decentralized construction. In 2019, the institutional reform established a big data bureau. With the great attention, high-level planning and strong promotion of the main leaders of the municipal party committee and municipal government, Zhengzhou's smart city construction has begun to enter the fast lane, narrowing the gap with advanced cities." Guo Chengming, director of Zhengzhou Big Data Administration, introduced.

How to achieve the goal of "breakthrough in one year, in line with two years, and lead in three years" set by the municipal government, the data can best explain the problem.

——The application for deed tax subsidy is handled with "zero materials". Since its launch on July 1, 2020, more than 130,000 subsidy applications have been completed, and 650 million yuan has been allocated;

——Public rental housing application is handled in the palm of your hand. Since its launch on January 4, 2021, 21,935 transactions have been completed, and online channels account for 82.3%.

The realization of these figures is all based on "Zheng Haoban", an APP for government affairs and convenience services that realizes "all-in-one service". In addition, at present, City Brain has built a comprehensive service platform integrating government services, public services, and convenience services, involving 14 departments, developing 159 systems, accessing 210 types of data from 59 departments, and accumulatively collecting data. 34.646 billion, and 118 featured and bright application scenarios were launched, becoming the first full-scenario digital operation city in China.

Regardless of epidemic prevention or convenience services, the investment of the city brain is blooming on the blueprint of "digital Zhengzhou", and more splendid flowers will bloom on the digital industry and urban governance as the construction of the third phase of the city brain continues.

10 minutes, the processing time of the real estate certificate replacement business; 7%, the average vehicle speed increase rate; 12, the number of hospitals with interconnected diagnosis and treatment, number source, and bed space. These are the changes that occurred after Haikou started building a smart city and built a city brain.

"Handheld Office" and "Fingertip Office" are the most vivid descriptions of Haikou's urban brain convenience services. Since the promotion of the "Yecheng Citizen Cloud" APP, it has been connected to 72 provincial and municipal units, integrating 503 public services, and accumulatively serving more than 140 million people. Travel, medical treatment, tourism, accommodation and other needs can be realized through one port, and it is getting closer and closer to the goal of "one APP can handle the whole city".

This is the goal of a smart city, and it is Haikou's self-consciousness in striving to build a free trade port. "The most important thing Hainan needs to build a free trade port is talent. We will optimize the housing subsidy process for talents, from the serial approval of the first seven departments to the parallel approval of the later seven departments, and finally only one department is required for approval." Haikou Zhu Jun, director of the Municipal Bureau of Science, Technology and Industry Information Technology, introduced that the core is to solve the cumbersome problem of approval through the notification commitment system and data sharing.

As a tourist, you can also feel the convenient services brought by Haikou City Brain. The traffic guidance screens set up on the roads of Haikou will release the real-time and predicted road conditions information of the whole city at the same time. The government can not only monitor the number of tourists in popular scenic spots in Haikou City in real time, give early warning to scenic spots with excessive saturation, but also predict the passenger flow of tourists in the next few days, so as to make timely countermeasures and plans.

If it hadn't been for a visit to the Jincheng Digital Innovation Experience Center, it would be hard for the reporter to imagine that, as a third- and fourth-tier city in Shanxi Province with a relatively low economic aggregate and population, it has invested so much in the construction of digital cities, and it has already begun to show. effectiveness.

The underground resources will always be exhausted, but the resources on the cloud can be rejuvenated. This may be a resource city that best fits the development path of the current "Digital China" process. Jincheng, as the "Hometown of Coal and Iron", put forward the outline of the big data development plan in 2018: with the goal of building a national model of medium-sized smart cities, it will promote the implementation of the 1183 project.

Data runs more and the masses run less errands, which is one of the most important goals in almost all smart city construction. The "Jinlaiban" APP is a mobile convenience service portal for Jincheng to realize "all-in-one service" through digital construction. Focusing on the four main lines of "I want to do things, I want to inquire, I want to make an appointment, and I want to inquire", the "Jinlaiban" APP provides ordinary people with 400 A convenient service for the people, so that various service matters can be handled without leaving home.

"Taking the people's livelihood as an incision, fully opening the foundation of data connection and aggregation, data sharing and exchange can accelerate the digital transformation of government governance, and then provide a foundation for the development of the digital industry." Li Manhong introduced that Jincheng is currently deploying urban computing power centers and 5G. The smart city system is a smart city system based on 6 major sectors: network, industrial Internet, city brain, city intelligent application ecology, and big data industrial park. By creating a national benchmark city for a new smart city, vigorously develop the digital economy, improve the efficiency of urban management, and improve the quality of life of citizens.

Looking back at the history of smart city development and construction in China, it can be roughly divided into three stages. The Ministry of Housing and Urban-Rural Development issued the "Interim Administrative Measures for the National Smart City Pilot Program" in 2012, which is the beginning of China's smart city construction.

At this stage, the report of the 19th National Congress of the Communist Party of China proposed to build a "digital China", and the new smart city concept has been upgraded to an important national strategy, marking China's smart city construction has entered a new stage.

It can be seen from the above cases of different types of cities that comprehensive integration will become the development direction of smart cities in the future. Alibaba Cloud believes that a fully integrated smart city is no longer at the level of adding an agency, developing an application, and opening up departmental data, but through the integration of multiple data, full-stack technology, complex scenarios, and all-round services. The comprehensive integration of ecology and industry integration gives cities the ability of intelligent decision-making and development, thereby promoting the development of new digital cities, and finally realizing the modernization of urban governance systems and governance capabilities.

The changes brought by comprehensive integration to the smart city are: it is the ultimate completion of the urban brain, which truly realizes the transition from thinking to action. It will start from the "event" itself, with "one event in the city" as the main characterization, including not only the "one-stop service" of matter acceptance + handling, but also the "one-stop management" of event discovery + disposal.

IDC predicts that China will usher in 30% of the construction results of the smart city digital twin platform in 2022. At that time, there will be a large amount of urban data connecting the virtual and real worlds, providing instructions for urban management and realizing the coordinated and unified resource allocation.