What is LED Sky Screen?

What is LED sky screen?

LED sky screen is a dome LED display installed above a relatively closed space. It is a dreamy LED product, which has the effect of rendering, decoration and lighting. It is generally suitable for high-end star hotel lobby, large shopping mall, commercial pedestrian street, city center square, large stage and other large building ceilings, with large area, light weight and different shapes. 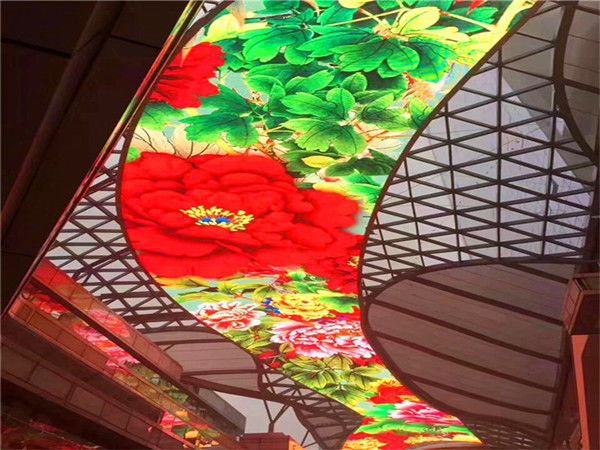 What are the advantages of LED sky screen?

1. The LED sky screen is more stable and reliable, and has the characteristics of high efficiency, energy saving, pollution-free, long life, etc. The system power consumption is only one tenth of that of traditional display devices, and there is no radiation pollution. Continuous viewing will not cause visual fatigue. , can adapt to various climatic conditions, fast response, high reliability, almost no heat. The sky projection system is easy to operate, easy to upgrade and maintain. The screen can be divided into independent display screens, which can display the same content or different ones, or the whole screen can be displayed synchronously.

2. The LED sky screen system is designed with dazzling LED display, coupled with a three-dimensional audio-visual sound reinforcement system, which perfectly achieves image-sound synchronization. The large LED sky screen hanging on the top of the ceiling is like a colorful satin, bright and deep sky, and with the new LED light strips, light strips, spotlights and other lighting equipment, it plays a brightening and rendering role. Being in it gives people a shocking visual and auditory experience with strong visual impact, and becomes a tall indoor display screen, which is completely integrated with the building.

What is the difference between the LED sky screen and the ordinary LED display?

Compared with ordinary LED display projects, LED sky screens have extremely high requirements in terms of material use, structure, control performance, construction and maintenance, etc., and are a market with a very high threshold. At the same time, sky screen LED screens generally have a huge area. , the cost is high, therefore, in the entire market, sky curtain projects are rare.

led display   sky screen   LCD display   LCD splicing screen manufacturers
Upper: What is The Charm of LED Sky Screen?
Return
Next: How About The Power Consumption of LED Transparent Screen?