When it comes to the recent popular sectors, "East and West" must come out on top.

This project has aroused great attention from all walks of life, the capital market has quickly boiled, and related concept stocks have risen in response, and the closely related LED display industry has attracted more attention.

From a conceptual point of view, the “number” in the “East Digital and Western Computing” refers to the data, and the “calculation” refers to the computing power, that is, the ability to process data.

This is also closely related to the landing and construction of data centers. For a long time, the data center is responsible for centralized data collection, data analysis, strategy formulation, resource scheduling and allocation, and other functions, while the command center and monitoring center are not only an important part of the construction and operation of the data center, but also the high-end market for large-screen application display.  The small-pitch LED screen, with its wide viewing angle, high refresh rate, low power consumption, and seamless splicing, complies with the needs of visual upgrading and transformation of public security, transportation, emergency command and other departments, and is constantly replacing traditional LCD, splicing walls, Display products such as projector lamps have been adopted by data centers in many first-tier cities such as Beijing, Shanghai, Shenzhen, and Guangzhou in recent years.

From the initial distribution location of data centers, most of them are mainly located in the first batch of first-tier cities and the southeastern coastal areas. Today, according to the layout of the national integrated big data center system, 8 national computing power hub nodes will serve as the backbone connection points of my country's computing power network, develop data center clusters, and carry out collaboration between data centers and networks, cloud computing, and big data. Construction, and as the strategic fulcrum of the national "East and West" project, promote the orderly transfer of computing resources to the west, which not only promotes the solution of the imbalance between the supply and demand of computing power in the east and the west, but also increases the coverage of the data center. 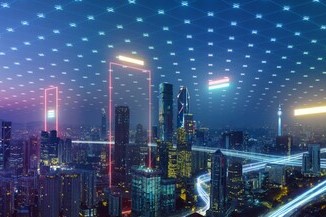 On a deeper level, my country's implementation of the "East and West" project aims to support the construction of the western region and rationalize the distribution of computing power. At present, the utilization rate of data centers in first-tier cities is almost saturated, and the availability rate is relatively high. However, in many provinces in the western region, although some data centers have been built, the availability rate may be between 15% and 30%, and the break-even point of the entire data center has not yet been reached. Utilize these data centers to avoid wasting resources.

The "East and West" project is another important project in the country's new infrastructure construction. It is foreseeable that this year will be a year in which the demand for LED displays will increase significantly, which will bring a large market demand.

The advantages and challenges of the LED display industry

In fact, the professional application field is the first application field of LED display from outdoor to indoor, mainly used in security, transportation, military, emergency command center and other sub-scenarios related to military and government.

With the development of technology and the reduction of cost, the monitoring platforms and command centers with higher display requirements mostly use LED displays below P2.0.

Today, LED display manufacturers have long been able to build data centers after years of technological precipitation and development.

Looking back at "counting the east and counting the west", it is essentially a long-term plan, and compared with the past infrastructure, it is a step-by-step systematic project.

Especially in the initial stage, in addition to the macro layout of 8 computing power hubs and 10 data center clusters, two indicators were deliberately emphasized:

This can not help reminiscent of the "power shortage" phenomenon that will occur in many eastern provinces and cities in 2021. In "East and West", the transfer of high-energy-consuming data centers to the western region may be an ideal choice.

The western region of my country is rich in resources, especially renewable energy, and has the potential to develop data centers and meet the computing power needs of the eastern region. Expanding the layout of data centers in the west will greatly increase the proportion of green energy use, and consume green energy in the west. At the same time, through measures such as technological innovation, replacing large with small, and low-carbon development, it will also continue to optimize the energy efficiency of data centers.

From the perspective of LED display itself, the use of energy-saving luminescent materials has the concept of green environmental protection, which is in line with the dual-carbon emission reduction policy advocated by the state. At the same time, in terms of power consumption, LED display manufacturers also use multi-level grayscale correction technology to reduce the use of brightness, common cathode technology and other technologies to achieve energy saving in the use stage of LED displays.