A New Type of High-efficiency LED Technology Has Been Developed!

According to overseas reports, a research team from Korea University of Technology and Technology recently announced that it has successfully developed a high-efficiency LED technology by preparing an oxide semiconductor nano-folded network structure. The paper related to this technology was also selected as the cover of Advanced Materials Interfaces, a world authoritative academic journal in the field of applied physics and new materials, and was published on February 3 this year. 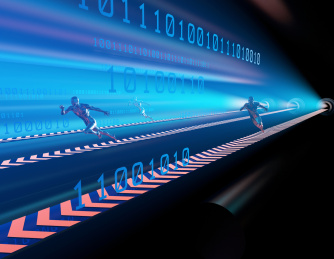 It is understood that in the prior art, in order to enhance the current expansion of the LED element, the luminous efficiency is improved by indium tin oxide (ITO). However, since indium tin oxide, an ITO material currently used as a transparent electrode, is a high-priced rare metal, zinc oxide-based semiconductor materials are often used as a substitute. In this regard, the research team used the sol-gel method (Sol-Gel) to prepare a zinc oxide-based semiconductor thin film on the silicon wafer of the LED, and through a strict heat treatment process, it automatically generated a transparent electrode with a nano-wrinkled network structure. Can be better adapted to LEDs. And developed related technologies such as improving the current spreading effect and light extraction efficiency at the same time. In particular, without additional evaporation and etching processes, through the heat treatment process included in the sol-gel method (Sol-Gel), a nano-wrinkled network structure that can significantly optimize the light extraction efficiency of LED elements is finally formed. With the maximization of the light extraction efficiency of the nano-folded network structure, it can be determined that it can play two roles as the transparent electrode of the LED element at the same time. Using the nano-folded mesh structure, the LED light-emitting angle can also be effectively controlled.

The relevant person in charge of the research team said that the results of this research can replace the transparent electrode with a low-cost solution process sol-gel method (Sol-Gel). In this way, a new generation of LED light sources with high extraction efficiency and light sources suitable for micro LED displays will be just around the corner.