lcd or oled screen is better?

Nowadays, the development of technology is getting faster and faster, and the current screen is divided into three types: LED, LCD and OLED. And which is better about LCD or OLED screen? It has always been a hot topic of discussion. Next, the editor of LCF  will introduce you one by one.

1. What are LCD and OLED screens?

First of all, let's understand what LCD and OLED are?

LCD is the abbreviation of Liquid Crystal Display, which is called liquid crystal display in Chinese. LCD does not support self-illumination, needs a backlight, and can only emit white light. In order to project the three primary colors, it needs to be shaded with a layer of color filters.

OLED is the abbreviation of OrganicLight-Emitting Diode, which is called organic light-emitting semiconductor in Chinese. It is an organic self-luminous material with luminescent properties. When an electric current is passed through, these organic materials emit light in the three primary colors of red, green and blue. OLED can be further divided into AMOLED (Active Matrix Organic Light Emitting Diode) screen and Super AMOLED screen. 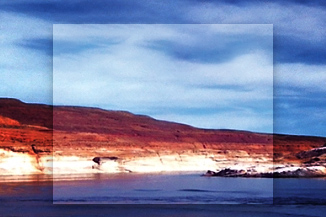 2. the difference between LCD screen and OLED screen

LCD has a backlight layer, which can emit light by refracting light, and the color saturation is not so high, so the display effect is more natural.

OLED can emit light by itself, and each pixel projects three primary colors of light, and the display effect is more vivid. However, since the OLED screen cannot guarantee the same light-emitting effect of each sub-pixel, it is prone to screen burn-in.

Contrast ratio also means black appearance, which is the biggest disadvantage of LCD screens, because the liquid crystal layer cannot be fully closed, and when the LCD displays black, part of the light will pass through the color layer. So the black of the LCD screen is actually a mixture of white and black.

Due to the different lighting modes of the panels, in the same black screen mode, the OLED will not emit light, while the LCD will emit black light. Since LCDs display color effects, color filters are required, which reduces overall light efficiency by more than 67%.

Additionally, the light value function of an LCD is premised on polarized light, which in turn results in a 50% loss in brightness. It is said that the utilization rate of the backlight brightness of the LCD will not exceed 15%, and 85% of the energy is wasted. Therefore, OLEDs are more energy efficient than LCDs.

(5)The price is different

(7)The display principle is different

The display principle of the lcd screen is mainly to generate an electric field effect through the twisted nematic of the molecules of the liquid crystal, so as to control the light and shade generated by the light source transmission during the power switch process, so as to display the image, and the color display mainly depends on the color filter.

Compared with LCD, OLED does not need a backlight, and the backlight is a relatively energy-consuming part of LCD, so OLED is more energy-efficient. For example, a 24in AMOLED module consumes only 440mw, while a 24in polysilicon LCD module reaches 605mw.

Compared with LCD, OLED can work in a wide temperature range. According to relevant technical analysis, the temperature can operate normally from -40 degrees Celsius to 80 degrees Celsius. In this way, geographical restrictions can be reduced, and it can be used normally in extremely cold regions.

3. Which OLED or LCD screen is more harmful to the eyes?

In fact, the impact of the screen on the eyes, there are two main factors:

The screen flickers because the OLED uses PWM dimming to quickly switch the screen light source for dimming. Although the human eye cannot detect it, in slow motion, its screen flickers at a fixed frequency, especially at low frequencies. harmful. The splash screen will obviously stimulate the user's eyes. In addition, the OLED screen has a high contrast ratio, and the OLED screen has a great impact on vision.

If you want to avoid stroboscopic OLED, you need to turn on the brightness of 40% or more. Of course, long-term use of high brightness is not good for the eyes. If you are concerned, you can choose a DC dimming screen or a high-frequency PWM electronic product.