What are The Functions of the Window LED Transparent Screen?

With the continuous development of science and technology, display windows are not only display windows, but also works of art that people appreciate. In major fashion capitals such as New York, Paris, and London, the glass chains of major chains are dazzling. Every season's window update will attract a large number of passers-by to stop and appreciate. So, what is the role of the window LED transparent screen?

Window LED display, also known as LED glass screen, integrates many advantages such as transparency, beauty, brightness, concealment, etc., which not only ensures indoor lighting and viewing of glass windows, but also has good heat dissipation performance and is green and energy-saving. It breaks the limitation that the traditional LED display can no longer be applied to glass, making advertising more vivid and three-dimensional.

The role of the window LED transparent screen is as follows:

Transparent LED electronic store windows are one of the most direct advertising methods. Customers can directly see the products in the store through the glass window and display screen, which directly stimulates their desire to buy, thereby increasing the store's attention rate and store entry rate. Promote the growth of merchandise sales.

After the window LED transparent screen is installed, the store owner can use it as a fixed advertising space in the store for future promotion and maximize the advertising effect.

The application fields of display window LED transparent screen are very wide, including store windows, store image areas, automobile 4S stores, high-end clothing stores or shopping mall booths and other commercial spaces with themed display functions. In the future, LED transparent screens for shop windows will be more widely used. A discerning store owner will quickly seize this opportunity to replace your beloved store with a new one. 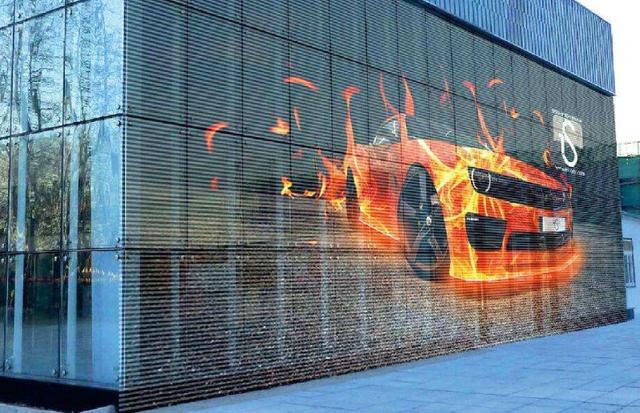 The Windows LED transparent screen itself is a kind of LED display screen, which can be controlled by the computer to play dynamic, full-color videos and pictures. Owners can use the transparent LED electronic screen to release some daily publicity information, such as applying for membership, discounts, discounts, etc.

4. Attract the attention of customers

The high-tech LED display of the window will turn the glass into a transparent display. When the fashionable window is "sticked" to a large transparent screen, the advertising method will change from static to dynamic, and from dynamic to "talk" with passers-by. This unique and striking design is very attractive.

Window LED display   LED glass screen   LED transparent screen   where is the led display
Upper: Application of LED Display in Bar
Return
Next: How is The LED Display Used in the Subway Station?